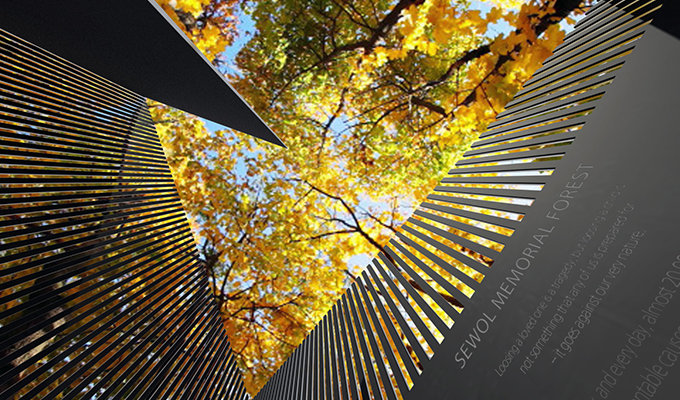 Crowdfunding for the forest began on April 10 and coincided with the first tree planting ceremony by Sean Ferrer and the bereaved families of the victims. (image: Tree Planet)

SEOUL, April 16 (Korea Bizwire) – Funding for a special forest in commemoration of victims of the sunken Sewol ferry passed its second phase target of 50 million won, as the nation marked the first anniversary of the tragedy.

The Sewol Memorial Forest, to be established on the southwestern island of Jindo, only 4 kilometers away from the port closest to the accident site, was proposed by Sean Hepburn Ferrer, the oldest son of the late actress Audrey Hepburn, and is being funded by donations from the public.

Crowdfunding for the forest began on April 10 and coincided with the first tree planting ceremony by Sean Ferrer and the bereaved families of the victims, and as of April 16, 72 million won had been donated, surpassing the 50 million won mark, the second funding target.

Once the funding surpasses 100 million won mark, it will form a large forest with larger monument with messages from bereaved families and survivors.