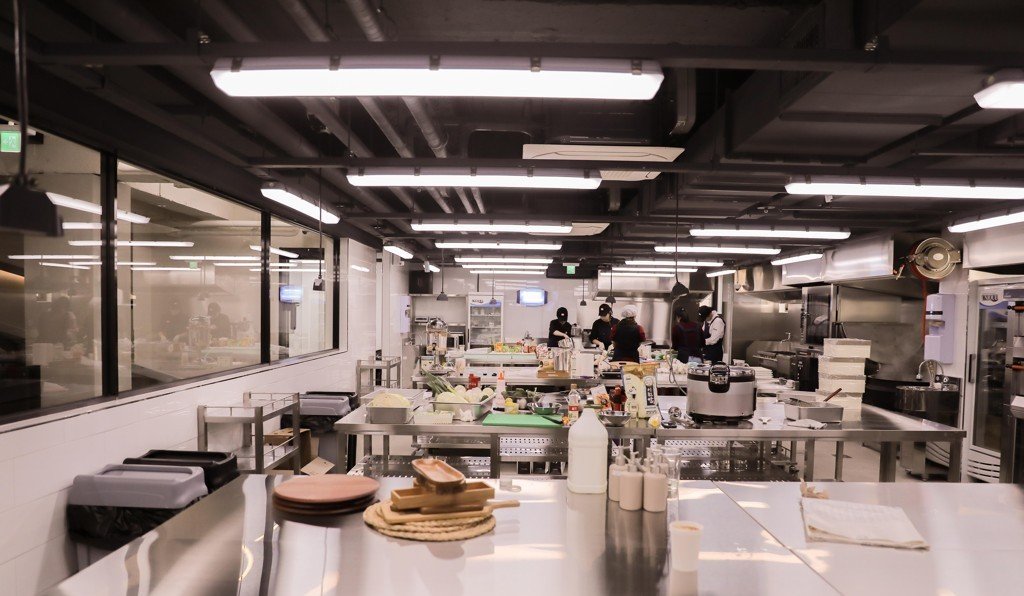 Business models based on shared kitchen service are gaining popularity of late. (Image courtesy of Yonhap)

SEOUL, May 21 (Korea Bizwire) — South Korea will seek law revisions to allow the operation of sharing economy ventures, such as shared kitchens and shared lodgings for locals, in a bid to expand horizons for the emerging business model, the prime minister’s office said Thursday.

During a policy coordination meeting presided over by Prime Minister Chung Sye-kyun, the government made the decision to lift regulations on the two sharing economy fronts, according to the minister’s office.

Under its “sandbox” policy, aimed at temporarily lifting regulations to test-run cutting-edge technologies or ventures, South Korea has conditionally allowed the operation of the shared kitchen business model since mid-2019.

In order to officially legalize it, the country will seek revision of the Food Sanitation Act, fully allowing multiple business owners to use the same kitchen to run their restaurant businesses, the Prime Minister’s Secretariat said.

Under the current law, only one business license is issued by the government per kitchen-equipped business space for sanitation reasons.

The law revision will be complete before the end of this year and the government will come up with a set of separate sanitation requirements for businesses using shared kitchens.

In a similar decision, the government will also amend the Tourism Promotion Act to allow shared lodging services to be used by locals in urban areas for a maximum 180 days a year. 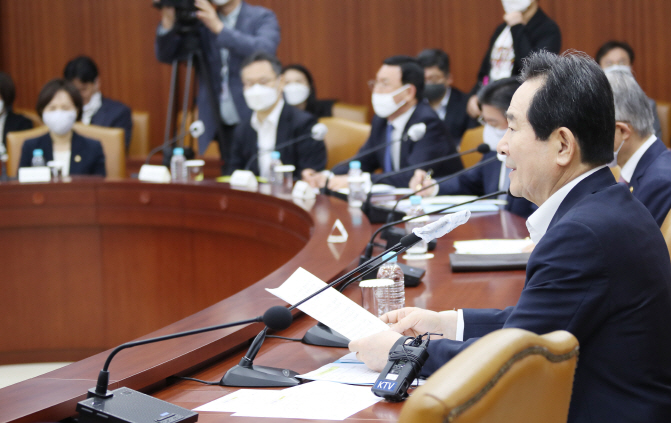 Prime Minister Chung Sye-kyun presides over a government policy meeting in Seoul on May 21, 2020. (Yonhap)

The service provider should reside in the same house and abide by sanitation and safety rules.

So far, the shared accommodation service, best represented by the American firm Airbnb, had been exclusively allowed for use by foreign tourists in South Korea.

Under the decision, a new mobile platform for shared lodgings, tentatively named Wehome, will start operations in July, allowing local city dwellers to offer their home spaces for sharing with local tourists.

With the latest decisions, South Korea will lower the bar for entrepreneurs with new business ideas related to the sharing economy, the prime minister said while presiding over the meeting.

“This is expected to facilitate further collaboration between companies and institutions by allowing the sharing of production facilities, research equipment and public data,” Chung noted.