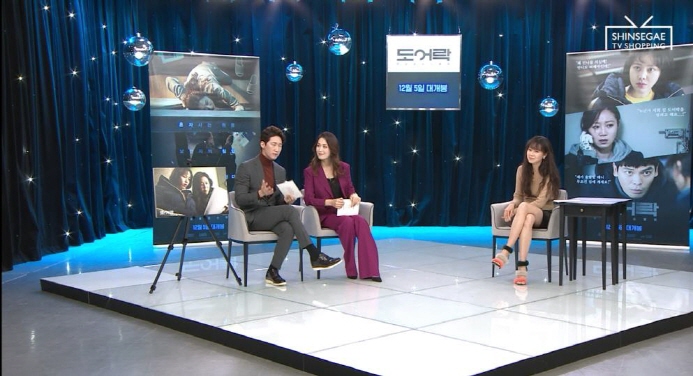 The most striking feature of this program was that Gong Hyo-jin, a popular South Korean movie star, hosted the show herself.

It is the very first time for television commerce and the home shopping industry to have the actual main character of a movie host a show about her own film.

Gong Hyo-jin demonstrated her passion on the show as she fascinated the audience with her signature style and charming appeal.

“Door Lock” is a thriller about a murder case taking place at a small flat where the main character Gyeongmin, played by Gong Hyo-jin, lives alone.

“It is meaningful that we are selling art and cultural products via T-commerce for the very first time,” said Kang Myeong-ran, head of the MD Strategy Team at Shinsegae TV Shopping.

“We will continue to discover and introduce new products as we collaborate with variety of content producers irrespective of the genre.”