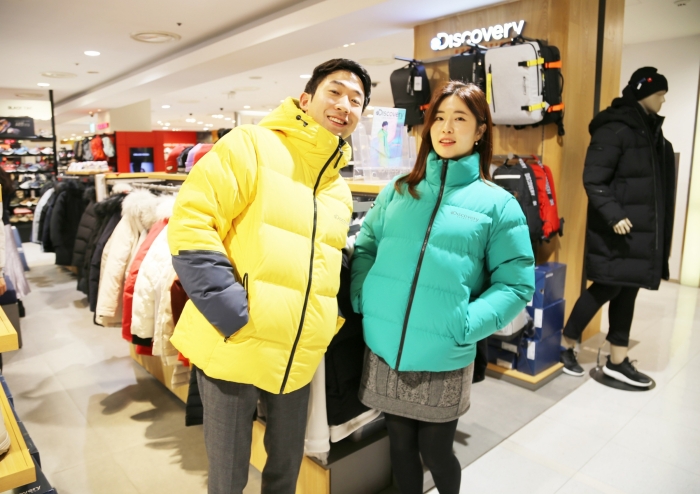 The popularity of short padded jackets is gaining momentum from the craze for newtro, which prefers styles that maximize volume. (image: Gwangju Shinsegae Co.)

SEOUL, Sept. 27 (Korea Bizwire) – Long padded jackets that come down to the calves, also known as bench jackets, have been among the most popular winter garments over the past few years.

Auction, an online shopping site, said on September 26 that sales of short padded jackets increased by 33 percent on-year from August 18 to September 17.

The popularity of short padded jackets is gaining momentum from the craze for newtro, which prefers styles that maximize volume.

The typical design of a short padded jacket itself has the effect of making the face look small and the forearms thin, which is receiving great favor from female consumers.

Outdoor companies are rolling out a series of ‘puffer’-style products.

The North Face joined the short padded jacket craze by reintroducing its 1992 “Nuptse Down Jacket.”

The product became a huge hit in the mid-2000s, and Nuptse jackets were often worn by middle and high school students, and were even seen as an unofficial school uniform.

The new Nuptse jackets sold out just one hour after online sales began on September 17 and the North Face is currently accepting preorders.

“Short padded jackets are expected to be very popular this winter as clothes that highlight the upper body are gaining popularity due to new trends,” a fashion industry insider said.

The source further added that “the forecast for this year’s winter will be warm and the benefits of being more active than long padded jackets make customers look for short padded jackets instead.”