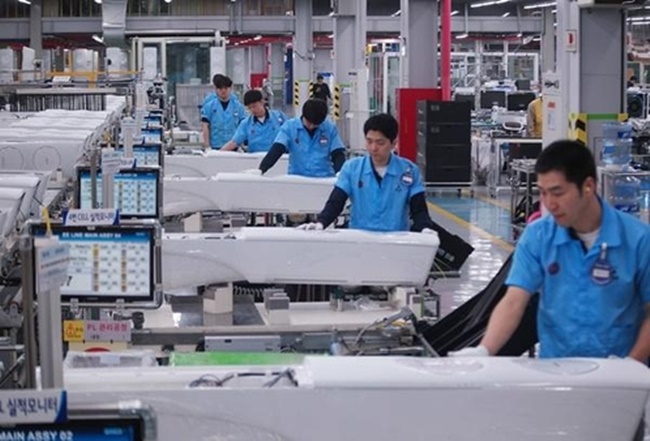 According to sources close to the manufacturing industry on Tuesday, production of seasonal electronics such as air conditioners is expected to be affected by the government’s decision to shorten legal weekly working hours from 68 to 52.

Electronics companies operate manufacturing lines for air conditioners at full capacity during the spring and summer.

Last year, however, an overwhelming number of orders resulting from heat waves saw wait times of up to two weeks for customers purchasing new air conditioners.

Based on previous experience, and in preparation for the possible effects of shortened weekly working hours, South Korean electronics companies began the production of air conditioners last month.

Electronic devices like smartphones, for which demand soars around their release date, could also be affected by shorter working hours, as a labor shortage resulting from the legal working hours decrease could slow down production, making it difficult for manufacturers to meet demand and denting overall sales.

Against this backdrop, an increasing number of companies are purportedly introducing measures to minimize the adverse economic impact, according to industry sources.

“Workers on less busy manufacturing lines will be deployed to busier lines, and temporary workers will be hired when necessary in order to minimize the possibility of manufacturing delays,” a source close to the electronics industry said.

The National Assembly’s environment and labor committee passed a bill yesterday cutting the country’s maximum working hours to 52 hours per week despite concerns over the measure’s negative impact on corporate productivity.

President Moon Jae-in promised to cut working hours as one of his key election pledges, in an effort to improve quality of life for workers and help create jobs.

Under the legal revision, fewer businesses will be exempt from the working hour limit, including transportation services and health care providers.