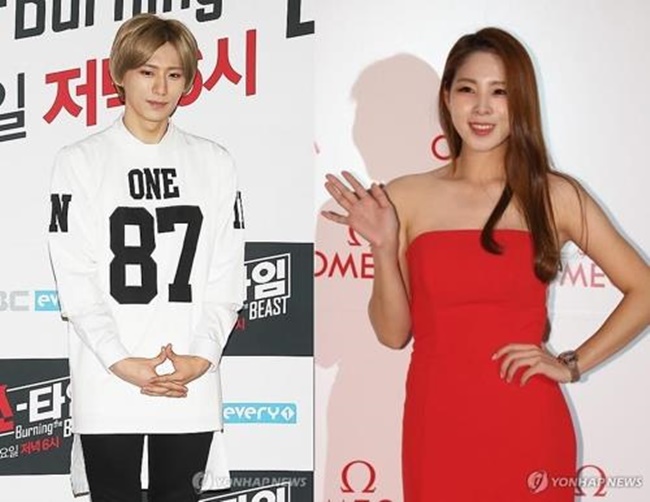 Cube Entertainment said the two decided to remain good friends and that it wasn’t clear when they split up.

Jang, a former member of the now-defunct idol group BEAST, and Shin, a star gymnast-turned-pro bowler, started seeing each other last fall and confirmed dating in January.

Jang left BEAST in April 2016 to pursue a solo career. Five other members left their management company, Cube Entertainment, and formed a new idol group, named Highlight, under Around US Entertainment.

Shin competed in rhythm gymnastics at the 2008 Beijing Olympics and the 2010 Guangzhou Asian Games before retiring in 2011 due to an ankle injury. She discovered a new career path in competitive bowling after becoming a qualified pro in 2014.