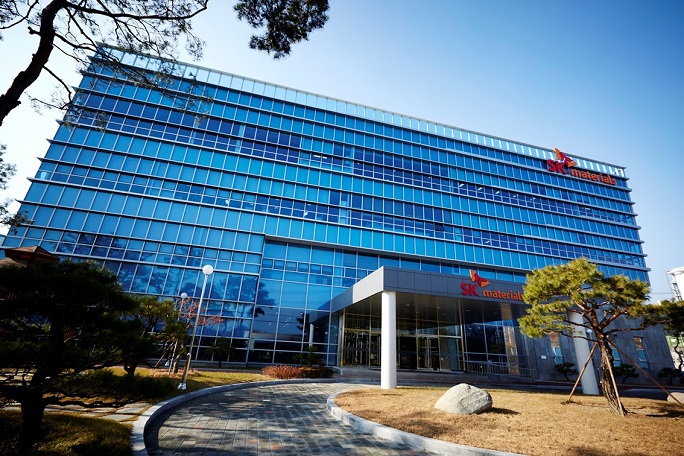 This photo, provided by SK Materials Co. on July 22, 2021, shows its headquarters, located in the southern city of Yeongju, North Gyeongsang Province.

The joint company will combine 8 Rivers’ technology with SK’s regional networks to deploy the U.S. firm’s zero-carbon technologies, such as hydrogen, carbon capture and biomass carbon removal, to existing power plants in the Asia-Pacific region, SK said in a statement.

Carbon capture is widely accepted as a key technology in the battle against climate change.

SK Materials said it will invest 120 billion won (US$100 million) in 8 Rivers for the business partnership.

“SK’s technological and engineering capabilities will serve as a force-multiplier for 8 Rivers, while SK will leverage the partnership to deploy clean projects for its domestic and foreign operations,” 8 Rivers said in a statement.

The Asia-Pacific region emits more carbon each year than the rest of the world combined and is central to the world’s economy and global decarbonization through 2050, the statement said.