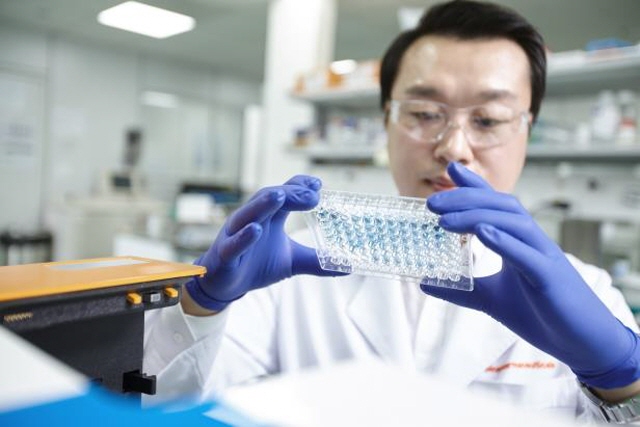 The biopharmaceutical unit of South Korean conglomerate SK Group on Tuesday submitted a so-called registration statement to the country’s financial authorities in the runup to the initial public offering.

SK Biopharmaceuticals is seeking to raise up to 960 billion won (US$783 million) by selling 19.58 million shares to investors.

SK Holdings Co., the holding company of the energy and telecom conglomerate, wholly owns SK Biopharmaceuticals, which was spun off from SK Life Science Inc. in 2001.

In November, SK Biopharmaceuticals’ anti-epileptic drug XCOPRI won approval from the U.S. Food and Drug Administration (FDA) for the treatment of partial-onset seizures in adults.

SK Biopharmaceuticals is the first South Korean drug company to win sales approval from the FDA without exporting a new drug technology. Industry sources estimate its corporate value at a maximum 5 trillion won.

SK Biopharmaceuticals is widely projected to be the biggest IPO since the 2017 share listing by Netmarble Corp., South Korea’s top mobile gaming company.

Market watchers forecast SK Biopharmaceuticals’ planned listing to give a fillip to South Korea’s anemic IPO market, as well as the country’s sluggish biopharmaceutical market, which has been hit by a series of scandals.