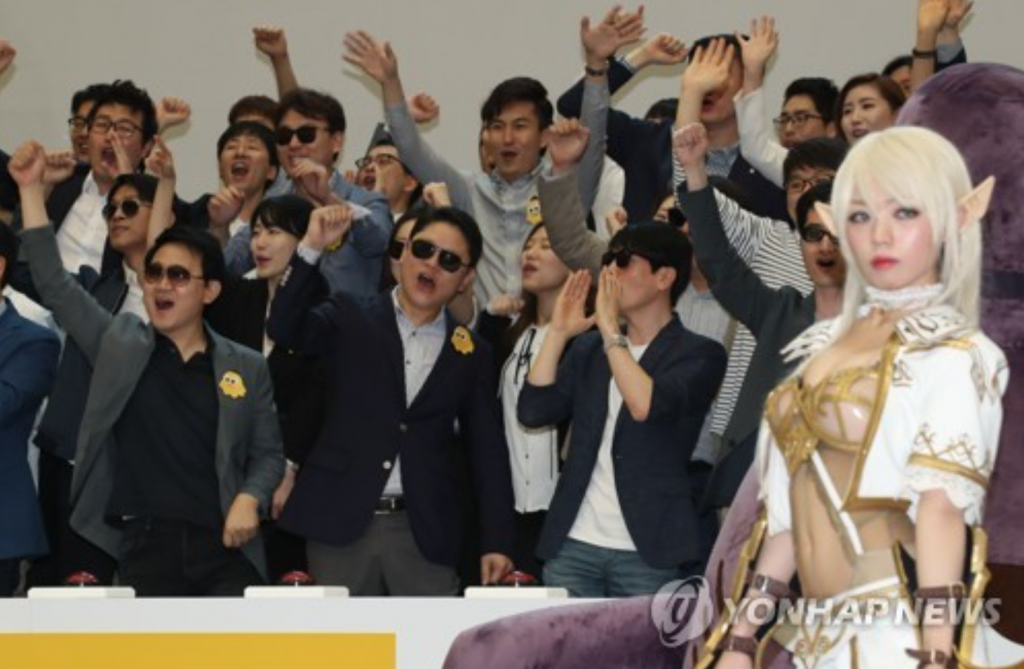 SEOUL, May 12 (Korea Bizwire) – Netmarble Games Corp., South Korea’s largest mobile games maker, was listed on the country’s main bourse on Friday, in what was the biggest market debut by a local game company.

With Netmarble’s market capitalization at 13.3 trillion won, the company also relegated NCsoft Corp. to the second-most valuable game publisher. NCsoft is currently valued at 8.7 trillion won on the KOSPI.

Netmarble, which sold 20 percent of the company’s outstanding stock, earlier announced that it wants to raise as much as 2.66 trillion won in its initial public offering (IPO).

“Netmarble’s IPO is the new beginning and the company will make an effort to become a global game company,” Kwon Young-sig told reporters on Friday.

The company said it will actively look for overseas business opportunities through mergers and acquisitions (M&As) by acquiring cash from the IPO.

In December last year, Netmarble took over Kabam’s Vancouver studio in a deal estimated around $700-800 million, in a bid to expand its presence in the North American market.

The deal with California-headquartered Kabam, a world leader in massively multi-player, free-to-play games for mobile devices, is expected to be reached during the first quarter of 2017.

Kabam’s Vancouver unit is responsible for the globally popular MARVEL Contest of Champions which has grossed over $450 million since launching in December 2014.

Analysts attributed Netmarble’s successful IPO to the huge popularity of mobile games not only in the local market but globally.

Netmarble posted 1.5 trillion won in sales last year, and logged an operating income of 295.4 billion won on the back of the global popularity of its latest game product “Lineage 2 Revolution.”

The mobile role-playing game Lineage 2 Revolution has gained huge success by bringing in more than 100 billion in revenue just two weeks after launch. The game was launched in December 2016.