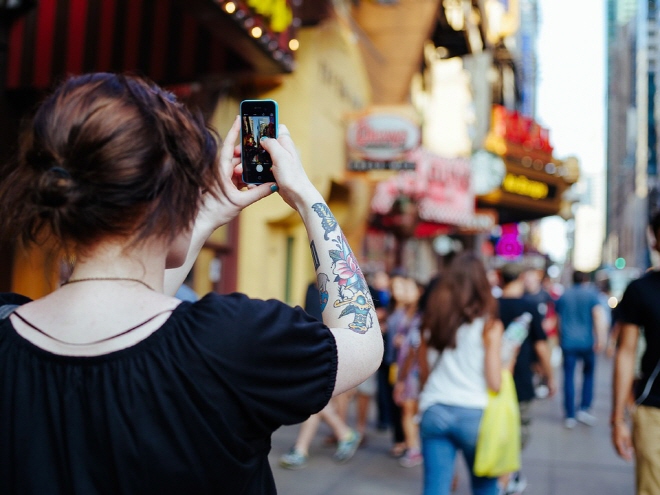 As the COVID-19 crisis has become serious and refraining from going out and social distancing has become the norm, the use of social media and camera apps has naturally decreased. (image: Pixabay)

SEOUL, April 16 (Korea Bizwire) — The use of photo-sharing social media sites and camera apps has decreased with much of the general public making an effort to stay home due to the coronavirus outbreak.

Compared to a 1 percent decrease in the total number of social media app users during the same period, Instagram’s decline was much more significant.

Furthermore, the most popular camera app SNOW saw a 29 percent drop in users during the same period, while other apps such as B612 and Soda also saw drops in usage of around 30 percent.

In its analysis, IGAWorks noted that as the COVID-19 crisis has become serious and refraining from going out and social distancing has become the norm, the use of social media and camera apps has naturally decreased.

Other types of apps on online services also saw a significant drop in users.

Travel apps saw a decrease of 60 percent, while movie apps saw a 50 percent cut. Food and restaurant apps saw a 13 percent decline in number of users while banking apps dropped in popularity by 5 percent.

On the other hand, the number of app users for online shopping services cooking or food preparation apps saw their user numbers increase.

Meanwhile, there were also mixed feelings in the entertainment sector.

However, users of U.S. video streaming platform Netflix Inc. rose more than 50 percent to 1.26 million from 800,000 during the same period.

A similar pattern was observed in a survey of consumer spending conducted by industry tracker WiseApp.

Although sales of some businesses soared, with delivery services up by 44 percent, supermarkets up by 33 percent, and online shopping by 29 percent in March compared to January, theaters, duty-free shops, and airlines, saw sales plunge by 90 percent, 90 percent and 83 percent, respectively.