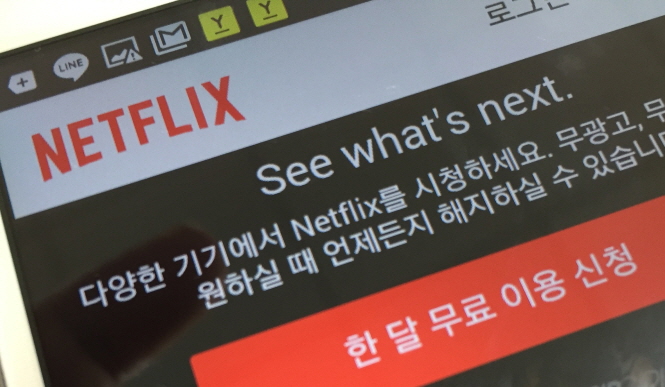 The company is planning to increase its data transfer speed for high-speed networks to 100 gigabits per second from 50 Gbps by doubling its overseas network in the wake of consumers’ complaints over streaming quality.

“We are in talks with foreign telecommunication companies to increase our international network,” said a company official, adding it will take some time to make a full transition.

Netflix is estimated to have nearly 1 million active streaming subscribers in South Korea.

Earlier this month, SK Broadband announced it will team up with the country’s three terrestrial broadcasters to set up a local online video content service.

The company said it will merge the Oksusu service that has 9.46 million paying subscribers, and the POOQ content platform with around 680,000 members, with an aim to create an Over The Top body with over 10 million clients.

SK broadband is linked to the telecom giant SK Telecom Inc., while POOQ is a joint venture of the broadcasters — KBS, MBC and SBS.