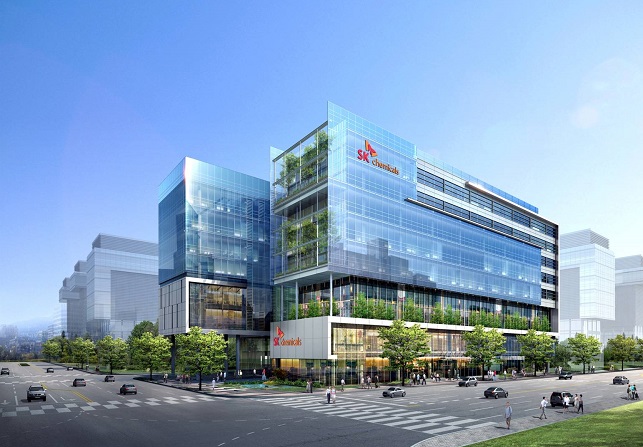 This photo provided by SK Chemicals Co. shows its headquarters in Pangyo, south of Seoul.

The transaction, valued at 38.5 billion won (US$32.8 million), will involve the sales of the whole PPS division and its production line in the southern city of Ulsan, the company said in a regulatory filing.

The company cited limitations in improving profitability and increased financial burden as reasons for the sale.

SK Chemicals entered the engineering plastic PPS business in 2013 but has been suffering losses due to sluggish sales and tougher price competition.

The PPS is an engineering plastic known for its high thermal and chemical stability, commonly used in electric vehicles and electronics industries as an alternative to metal because of its light weight.

The company said it will focus on revamping its portfolio centering on environmentally friendly businesses.