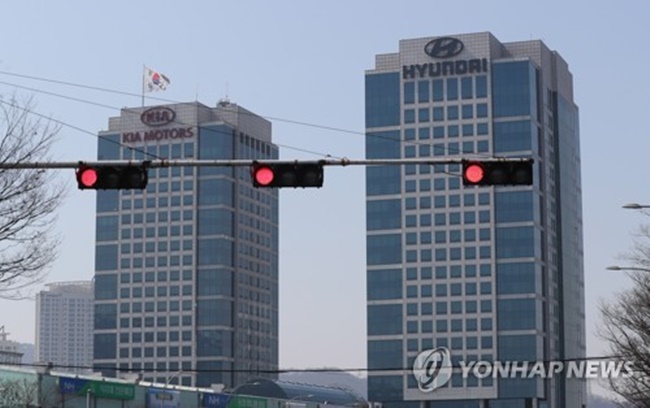 This photo taken on April 3, 2017, shows the headquarters of Hyundai Motor and its sister company Kia Motors in Yangjae, southern Seoul. (Image: Yonhap)

The five automakers — Hyundai Motor Co., Kia Motors Corp., GM Korea Co., Renault Samsung Motors Corp. and SsangYong Motor Co. — sold a total of 691,683 vehicles in June, down from 805,495 units a year earlier, according to data released by the companies.

Lower demand from China, the world’s biggest automobile market, was still a major hit for the carmakers, except for Renault Samsung Motor which focused on sales in Europe.

Hyundai and Kia, which together form the world’s fifth-biggest carmaker by sales, suffered the most in vehicle sales in China.

Hyundai and Kia saw their sales there plunge 37 percent and 54 percent, respectively, to 266,228 units and 110,667 units in the January-May period. They expected to see weak sales results for June later this month as the diplomatic row has yet to be resolved.

Seoul and Beijing have been at odds over the deployment of the Terminal High Altitude Area Defense (THAAD) system in South Korea.

China has opposed the THAAD installation here, claiming the powerful X-band radar that comes with the system could spy on its military. Seoul has maintained that the anti-missile system is aimed at countering missile threats from North Korea.

In apparent retaliation against the THAAD deployment, however, China has taken measures against travel packages to South Korea and other products, affecting Korean vehicles sales in the neighboring country.

To help revive slowing sales, they plan to launch new models such as the new Kona and Stonic subcompact SUVs, mainly in Europe, starting this month.

The companies badly need to launch new, competitive SUV models to boost sales in the European and U.S. markets where SUV makers are benefiting from low gas prices and growing demand for the recreational vehicles. 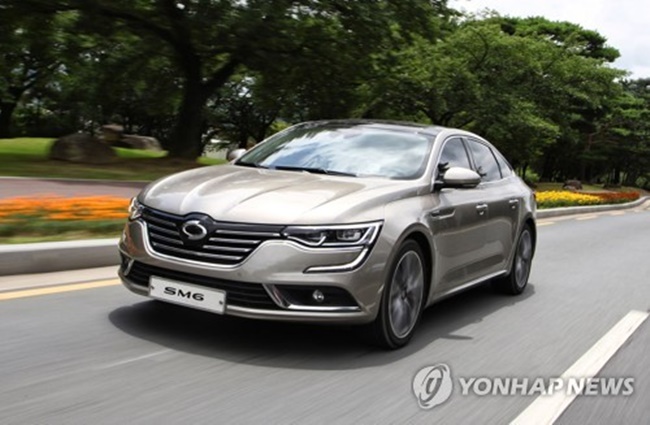 In the January-June period, the five companies sold a combined 4 million autos, down 8.1 percent from 4.36 million units a year earlier. Their overall domestic sales declined 4 percent to 779,685 and exports were down 9.1 percent to 3.22 million during the cited period.