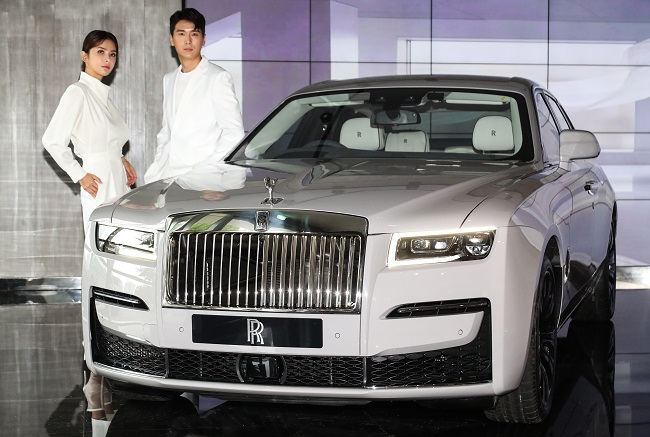 This file photo provided by Rolls-Royce shows the New Ghost.

The launch of the New Ghost in South Korea marked its first debut in the Asia-Pacific region following its global unveiling on Tuesday.

“This is no coincidence. This year, South Korea has been more important to us as a business than ever. Korea sets trends internationally in fashion, art and architecture,” Paul Harris, Asia-Pacific regional director of Rolls-Royce, said in a statement.

The New Ghost sells at the starting price of 471 million won (US$396,000), with delivery scheduled to begin in December.

Rolls-Royce vehicle sales jumped 31 percent to 161 units in Korea in 2019 from 123 a year earlier, according to the Korea Automobile Importers and Distributors Association (KAIDA).

The Goodwood-based carmaker has two showrooms in Asia’s fourth-biggest economy — one in Seoul and the other in Busan, 453 kilometers south of Seoul.

Rolls-Royce began to sell its vehicles in Korea 16 years ago. Its current lineup includes the Phantom, Ghost, Wraith, Dawn and Cullinan.