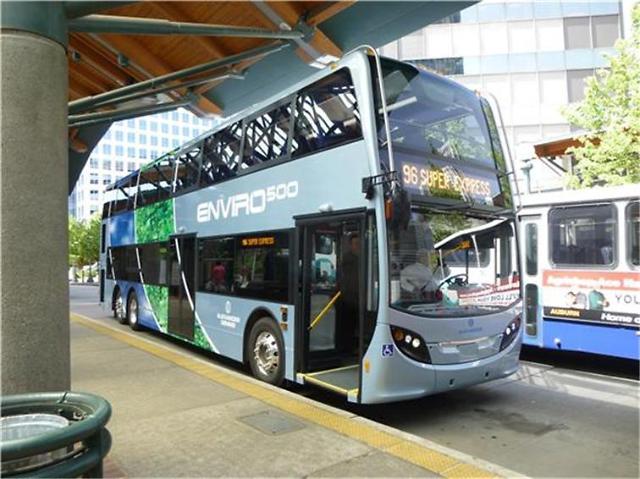 SEOUL, Dec. 29 (Korea Bizwire) – With nearly 90 percent of prospective users giving a thumbs-up to Seoul’s suggested double-decker buses, which transit corporations are thinking about introducing in some regions of the Seoul Metropolitan area to ease overcrowding on “red buses” (also known as Gyeonggi-buses), it seems like only a matter of time before the double-deckers will run widely across main bus routes around Seoul.

Gyeonggi Province announced on December 28 that an average of 276 passengers  per day rode the double-decker buses over the past three weeks when they were introduced on three inter-city routes, for a duration of one week per route.

Overall feedback on the idea of bigger buses proved overwhelming: According to a survey conducted by the province, 89 percent of respondents had a favorable opinion of the double-deckers. The buses, which can seat 79 people including the driver, operated at full capacity during the pilot operation period.

Although some were concerned with the increased time needed to board and disembark the double-deckers compared with ‘regular’ buses, test results indicated only minor disparities. It took only 3 minutes and 42 seconds to completely load and unload one of the new buses, as opposed to 3 minutes and 20 seconds using a one-storey bus.

The sight of double-deckers will be not new in Korea, as there are currently 23 double-deckers in operation, catering largely to tourists. In 1991, Seoul City ran a pilot project, operating three double-deckers between City Hall and Gwacheon in Gyeonggi Province.

This measure is underway as part of a nation-wide attempt to shore up transportation safety while improving convenience after South Korea suffered one of its most tragic maritime disasters earlier in the year with the sinking of the Sewol ferry.

Following the Sewol accident, the Ministry of Land, Infrastructure and Transport (MOLIT) announced new measures to regulate boarding culture for public transportation in the metropolitan area of Seoul, while banning standing passengers from the majority of “red buses.”

The Gyeonggi Provincial Government ran an Enviro500 manufactured by Britain’s Alexander Dennis during the trial run period. The model is 12.86 meters in length, 2.55 meters in width and 4.15 meters in height.