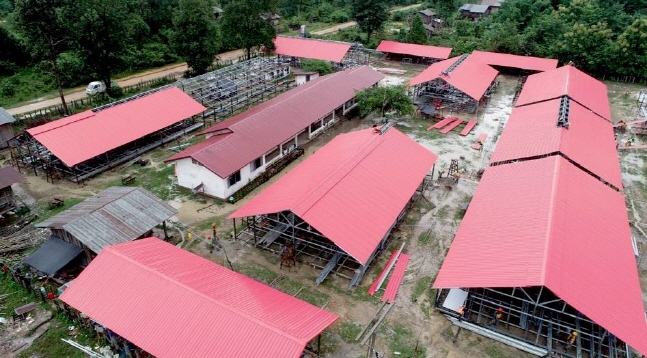 SEOUL, Aug. 20 (Korea Bizwire) — South Korean construction firm SK Engineering & Construction Co. said Monday that it plans to complete the construction of temporary shelters by next month in southeastern Laos, which was hit hard by a devastating flood.

SK E&C said the structures can accommodate about 150 households on a 10,000-square-meter area of land in Sanamxay district, Attapeu province.

The relief efforts follow the collapse of a hydroelectric dam being built by SK E&C in the province. It failed due to heavy rains on July 23, killing more than 31 people and leaving more than 100 missing. An estimated 6,000 people were also displaced, according to local media.

SK E&C has a 26 percent stake in the US$1.02 billion Xepian-Xe Nam Noy hydropower project, which also involves another South Korean company, as well as Thai and Lao partners.

The project involves building two main hydroelectric dams and five auxiliary dams in Attapeu by February 2019. The fifth auxiliary dam was under construction and other building work had been completed.