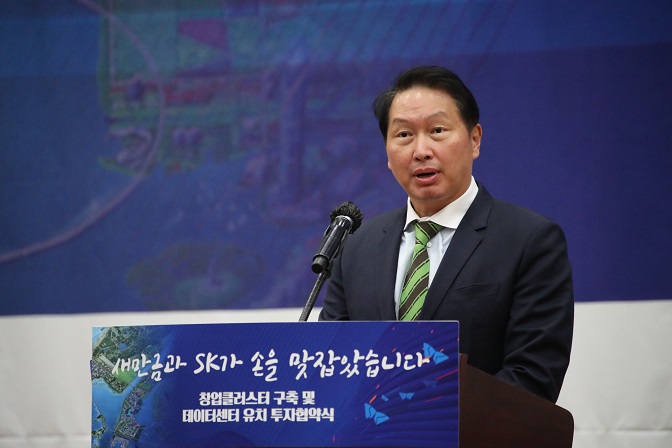 This photo shows Chey Tae-won, the chairman of SK Group and the president of the Korea Handball Federation. (Yonhap)

The board of SK Telecom has endorsed Chey as an unpaid and unregistered board member to lead the country’s largest wireless operator, as the company is pushing to advance its AI chip business as a future growth driver.

SK unveiled last month a joint investment plan among its chip-making unit, SK hynix Inc., SK Telecom and its investment spinoff SK Square Co., to set up an independent entity in the United States to enter the AI chip business with its self-developed SAPEON.

“We expect Chairman Chey’s support will help accelerate not only SK Telecom but the overall innovation for SK Group, as he has been successful in expanding our business portfolio into battery, bio and hydrogen areas,” an SK official said.

Since Chey is taking an unregistered post, he will not participate in the board, SK said. SK Telecom’s general management affairs will continue to be headed by the current leadership, including CEO Ryu Young-sang, it added.