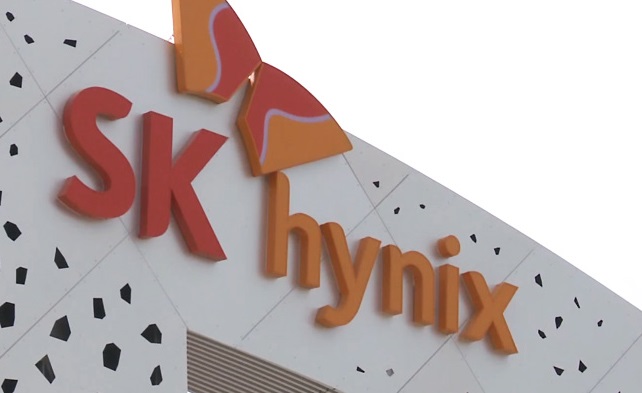 SEOUL, April 16 (Korea Bizwire) — SK hynix Inc., South Korea’s No. 2 chipmaker, is expected to see an earnings rebound in the first quarter of the year, analysts here said Thursday, on the back of robust demand for server chips amid the novel coronavirus pandemic.

SK hynix, a major memory chip producer, was projected to have logged 504.7 billion won (US$411 million) in operating income in the January-March period, according to the data by 17 local brokerage houses compiled by Yonhap Infomax, the financial news arm of Yonhap News Agency.

The estimated figure is down 63 percent from a year earlier, but it is more than double the company’s operating profit in the fourth quarter of last year.

SK hynix is scheduled to release its first-quarter earnings report on Thursday next week.

SK hynix’s operating profit reached its peak in the third quarter of 2018 when it racked up 6.4 trillion won, but it has been declining since due to a plunge in chip prices.

In the fourth quarter of 2019, the company only bagged 236 billion won in operating profit.

For the first-quarter sales, analysts expected SK hynix to have posted 6.93 trillion won, up 2.63 percent from a year earlier and a 0.1 percent rise from the previous quarter.

“The company has been actively coping with rising demand for server chips in the first quarter compared to its rival firms,” Kim Woon-ho, an analyst at IBK Investment & Securities, said.

According to industry tracker DRAMeXchange, the average contract price of 8-gigabit DDR4 DRAM, a benchmark price for the category, reached $2.94 in March, up 2.1 percent from a month earlier, extending its price hike to a third consecutive month.

The average price of 32-gigabyte server DRAM was $121 as of end-March, up 4.3 percent from a month ago, according to DRAMeXchange.

Analysts said the company is also expected to have benefited from the weak Korean won in the first quarter.

The local currency fell to 1,217.40 against the U.S. dollar at the end of March from 1,156.4 won at the end of December. A weak won makes South Korean exports earn more.

Analysts expected SK hynix to post solid earnings though the second quarter of the year as demand for server chips is to remain strong, while manufacturing factories in China are to return to normalcy following a slowdown in the spread of the novel coronavirus in the country.

However, they warned that the chipmaking sector may lose its steam after the second quarter if the virus pandemic prolongs and continues to weigh down on mobile handset sales.

“Electronics makers have started to scale down their business plans and manage their inventories,” Kim Yang-jae, an analyst at KTB Investment & Securities, said.

“It’s not going to be easy for server and laptop demand to offset demand loss from the smartphone sector.”