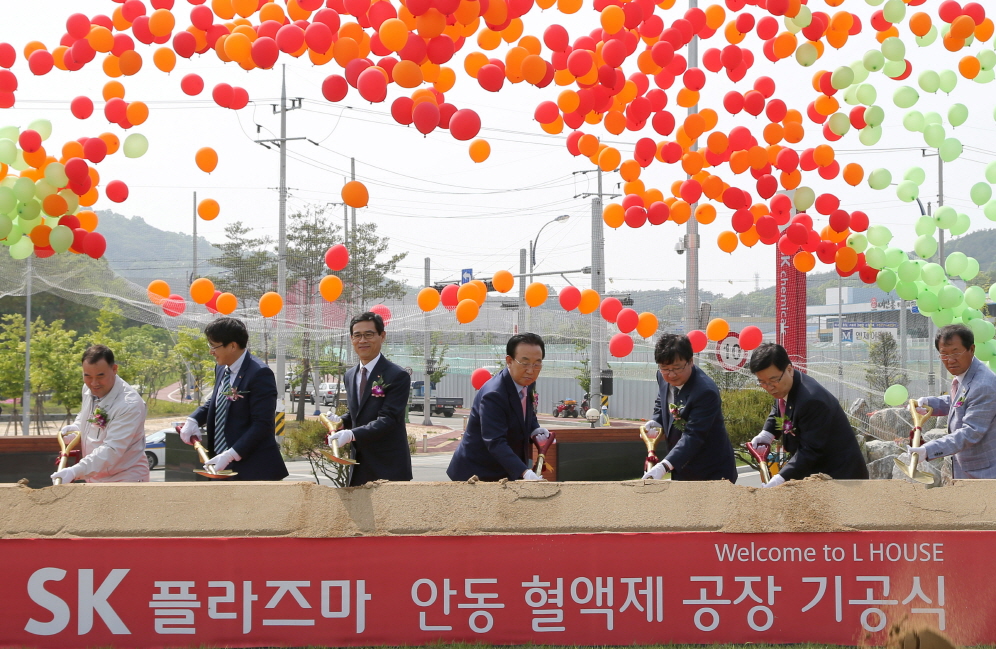 The plant is due to be completed by 2016, with operations expected to begin in June 2018. (image: S. Gyeongsang Provincial Office)

SEOUL, May 8 (Korea Bizwire) — SK Plasma, a blood product subsidiary of SK Chemical, has held a groundbreaking ceremony for a blood product plant at the Gyeongbuk Bio Industry Complex in Andong, according to a company statement on May 7.

The 100 billion won (US$ 91.4 million) plant will be built on a 31,585㎡ site, and will produce 600,000 liters of blood products such as albumin every year. The expected output is five times larger than SK Chemical’s current operations.

The plant is due to be completed by 2016, with operations expected to begin in June 2018. SK Plasma said it will expand its global business based on the output from the new plant.

According to the company, the global blood product market reached US$ 15 billion and is growing at a rate of more than 10 percent per year.

SK Chemical has been producing blood products since it established a vaccine plant in Andong in 2011.