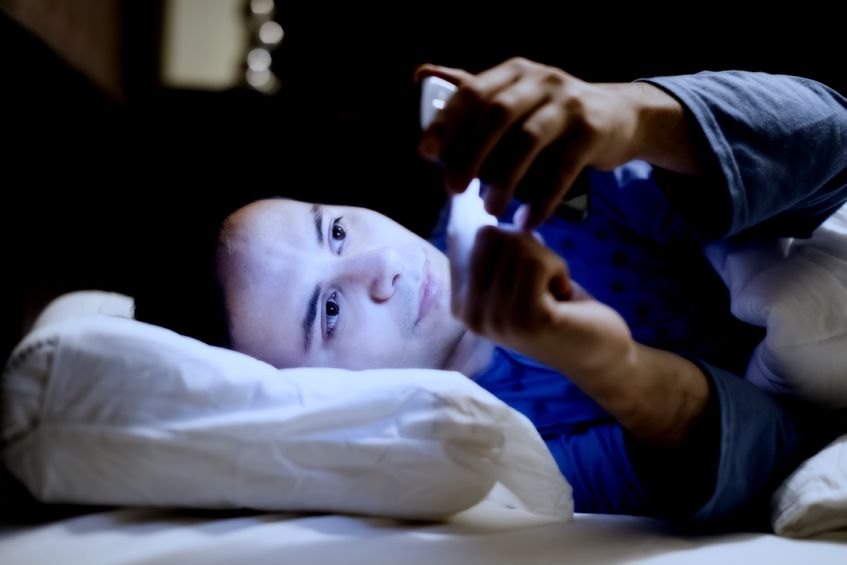 86.1 percent of 2,402 surveyed Korean workers replied that they are ‘not completely “off work” even after their regular work hours due to work-related texts and calls from their bosses. (image: KobizMedia/ Korea Bizwire)

SEOUL, June 23 (Korea Bizwire) – Getting notified of work-related text messages from your boss even though you are ‘officially’ out of office after finishing your workday, no doubt, can be stressful.

According to a recent survey, 86.1 percent of 2,402 surveyed Korean workers replied that they are not completely “off work”’ even after their regular work hours because your smartphone should be still “connected” thereby raising the prospect of exposure to work-related texts or calls from their bosses. In other words, you are available around the clock in terms of engaging in work activities.

Naturally enough, there have been a series of calls for some measures to protect workers’ ‘work-life balance’ and recently, such gesture has emerged from the political sphere.

On Wednesday, Korean opposition lawmakers submitted a bill that would ban employers from texting their staff after work hours. The so-called “KakaoTalk bill” (KakaoTalk is the most widely used messaging application in Korea with over 37 million users) would ban companies from assigning work to their employees through smartphones after work hours, in order to protect their privacy and guarantee their time off from work.

Lawmaker Shin Kyoung-min of the the main opposition Minjoo Party of Korea (MPK), noted that while smartphones have helped to make work more efficient  and convenient in some cases, they have also become a big “hassle” that obligates workers to be online at all times, even after work hours.

“I understand why the bill was proposed but it’s too idealistic. How are they going to regulate this? It’ll ultimately lead to employees reporting their bosses, which is highly unlikely. It’s not like the government will protect them from potential reprisals,” wrote a netizen on an online community.

“The intentions are good enough. But even if it gets passed there’ll be problems and loopholes. Employees who support the law will be frowned upon. Those who get it into action might even be isolated from the rest of the company and ostracized by co-workers,” said another netizen.

Some even criticized the lawmakers, claiming that the bill is a part of a publicity stunt.

“I doubt this will get passed. It just looks like lawmakers are trying to get some public attention. It’s a publicity stunt. To actual working employees this bill is a nonsense.”

But some workers reacted with eagerness towards the changes that the new law may bring.

“I almost gave a standing ovation watching the evening news yesterday. Even if it doesn’t get passed, the fact that they publicly denounced work-related texts after work hours is good enough,” wrote a Twitter user.

“Even the slaves in the old days got time off at night. Workers nowadays living ‘digital age’ rarely get off of work because of seemingly never-ending texts from their bosses. I really hope this bill gets passed,” said another user.

In a press release statement Wednesday lawmaker Shin noted that, “All workers have the right to be disconnected from their office after work hours.”