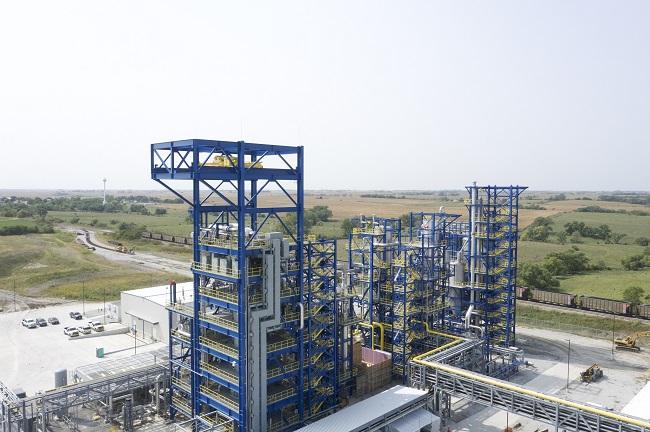 SEOUL, Oct. 13 (Korea Bizwire) — SK Inc., the holding company of South Korean conglomerate SK Group, said Wednesday it has signed an initial deal with a U.S. hydrogen maker to set up a joint venture as part of efforts to bolster its clean energy business.

The memorandum of understanding (MOU), signed with Monolith Materials Inc., aims to create a joint venture to produce green hydrogen and carbon black products in South Korea, the company said in a release.

Monolith will provide the technology and training, and SK will oversee the production, sales and distribution of those products.

Monolith, a Nebraska-based company, is the first American manufacturer to produce a unique type of green hydrogen by converting natural gas into hydrogen and a solid carbon byproduct, known as carbon black, a key component for tires and industrial rubber goods.

In June, SK said it signed a deal to acquire an unspecified stake in Monolith, as it has been bolstering its portfolio in eco-friendly and sustainable energy sources and expanding investment in the hydrogen business.

The two companies plan to sign a formal agreement on establishing the joint venture around early next year, according to SK.