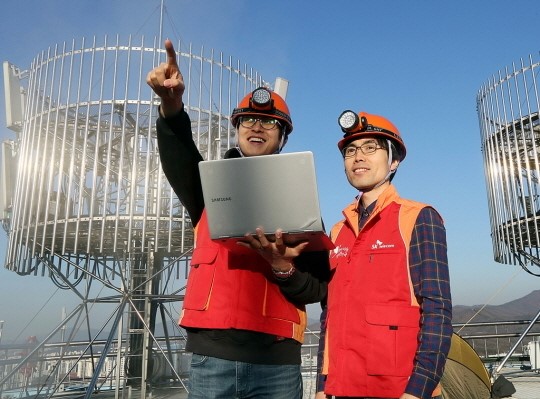 SK Telecom announced that it, together with Nokia Networks, commercialized a core LTE-A technology called ‘Enhanced Inter-Cell Interference Coordination (eICIC)’ for the first time in the world. (image: SK Telecom)

eICIC is a technology that controls signal interference between macro and micro base stations to enhance the quality of the LTE-A network. With the deployment of eICIC, SK Telecom expects to provide its customers with enhanced experience by reducing inter-cell interference by 15 percent in traffic congested areas where macro and micro cells are concentrated.

SK Telecom has applied eICIC to its LTE-A network located in Gwangju Metropolitan City and plans to apply the technology to the rest of its nationwide LTE-A network by the first half of 2016.

The two companies said that, with the commercialization of eICIC, they have also moved a step closer to realizing the next generation network (5G) as eICIC will be an essential technology in the era of 5G where heterogeneous networks* will become more complex.

*Heterogeneous Network, or HetNet, refers to the co-channel deployment of macrocells and small cells with the purpose of increasing the network capacity and coverage

“Together with SK Telecom, we have achieved an important milestone in advancing the mobile network through the development of eICIC. By using eICIC, SK Telecom’s customers can utilize their existing LTE devices with no need to buy new smartphones” said Tero Peltola, Vice President of FDD LTE, Nokia Networks.

“SK Telecom’s partnership with Nokia has led to the achievement of the world’s first commercialization of eICIC, a powerful technology that will further improve our customer experience,” said Park Jin-hyo, Senior Vice President and Head of Network Technology R&D Center at SK Telecom. “We will continue to develop and commercialize new and innovative technologies to solidify our position as the leader in the era of the next-generation network.”

SK Telecom (NYSE: SKM, KSE: 017670), established in 1984, is Korea’s largest telecommunications company with more than 28 million mobile subscribers, accounting for over 50% of the market. The company reached KRW 16.602 trillion in revenue in 2013. As the world’s first company to commercialize CDMA, CDMA 2000 1x, CDMA EV-DO and HSDPA networks, SK Telecom launched the nation’s first LTE service in July 2011. SK Telecom also became the world’s first mobile carrier to commercialize 150Mbps LTE-Advanced on June 26, 2013; 225Mbps LTE-Advanced on June 19, 2014 through Carrier Aggregation(CA); and 300Mbps Tri-band LTE-A CA on December 29, 2014. As of November 2014, the company has over 16.7 million LTE and LTE-Advanced subscribers. Also, based on its strength in network operations business, SK Telecom is seeking new growth engines by building business models in areas like platform, big data and convergence business. For more information, please visit www.sktelecom.com or email to press@sktelecom.com