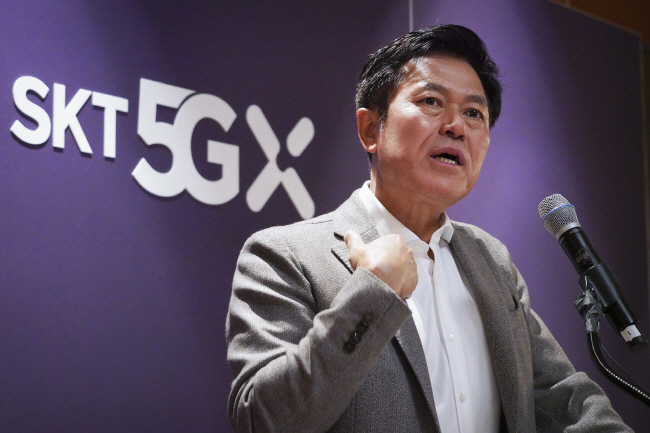 SK Telecom CEO Park Jung-ho told reporters at COEX mall in southern Seoul that the possibility of working with Amazon in the video streaming sector is “obviously” being considered.

Cooperation between the two companies’ video streaming platforms had been widely expected after SK Telecom announced last November that it had formed ties with the U.S. retail giant to offer its products to South Koreans through e-commerce unit 11Street Co.

“(The cooperation) will allow much Korean content to enter the United States,” Park said.

The CEO added that it is pursuing to work with other streaming giants, such as Netflix Inc. and Apple Inc., while ruling out collaboration with Walt Disney Co.’s flagship streaming service Disney+, which is set to launch in South Korea later this year.

The move comes as SK Telecom is set to split into two companies in a governance shake-up to boost its tech subsidiaries.

The company plans to create a new holding company for its non-mobile subsidiaries and affiliates via a spinoff within this year.

Last month, Wavve promised to invest 1 trillion won (US$896 million) in content over five years to strengthen its portfolio amid growing competition from local and foreign rivals.