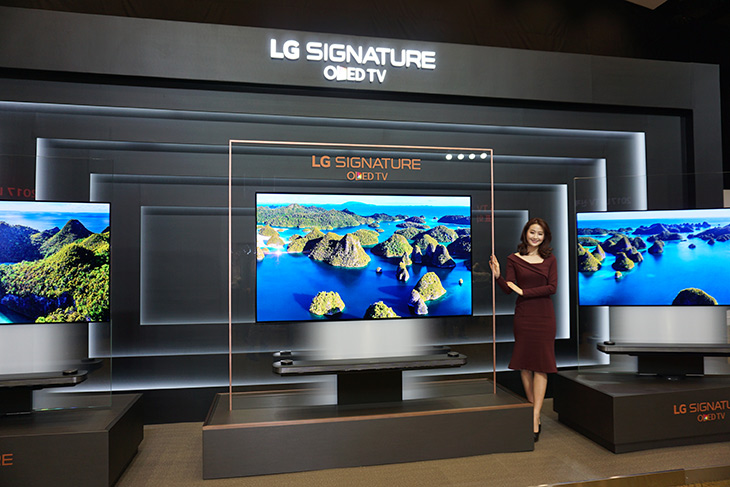 Data provided by the global market tracker IHS showed that in the first half of this year, Sony accounted for 39 percent of all TVs with a price tag exceeding US$1,500, up more than twofold compared with 17.5 percent tallied by the Japanese company in the previous quarter.

The numbers represent a sharp shift, because only a year ago. Samsung enjoyed a 39.5 percent market share in the premium segment, with LG and Sony trailing at 17.7 percent and 17.5 percent, respectively.

“Samsung’s dominance has been shaken by aggressive promotions of organic light-emitting diode (OLED) TVs by LG and Sony,” an industry insider said.

He said that while the two South Korean companies still controlled the ultra-high end TV market, with the unit price of a set topping $2,500, Sony was catching up.

Among 70-inch TV sets, Samsung held 31.6 percent of the market in the first quarter, with Sony trailing at 26.6 percent. In 2015, the gap stood at more than 20 percentage points.

Industry watchers said to counter Sony’s rise, LG and Samsung have both moved into even a more value-added market and have started to improve their marketing efforts.

“South Korean companies are still leading in the cutting-edge TV arena, yet Sony is doing all it can to overtake them. This is making it imperative for Samsung and LG to stay one step ahead of their rival,” a consumer electronics expert said.