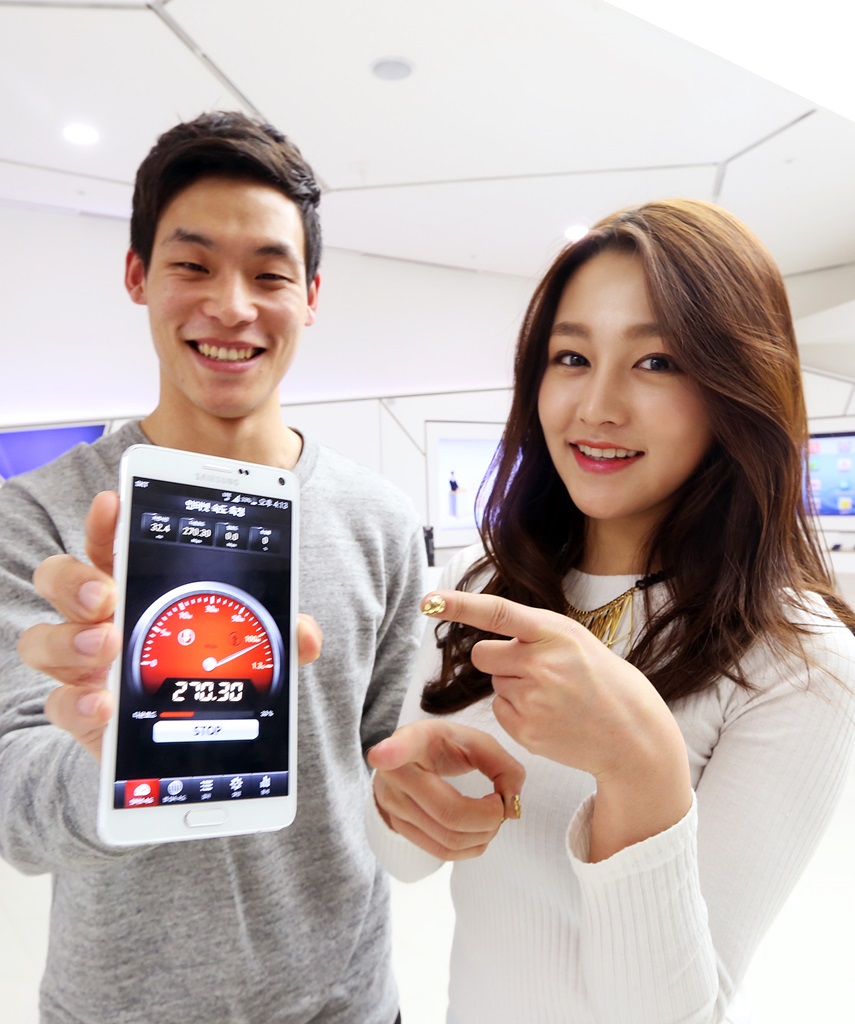 Moreover, with the successful commercialization of tri-band LTE-A CA, SK Telecom not only secures an important edge in LTE-A 4-band CA and 5-band CA, but also moves a step closer to realizing 5G service. The company, under its technology roadmap on 5G, is making aggressive efforts to develop the world’s fastest telecommunication technology.

Since the company has already secured Wideband LTE-A coverage in main areas of all 84 cities nationwide – meaning that it already has in place 800MHz and 1.8GHz base stations – it can offer tri-band LTE-A service by simply adding 2.1GHz base stations. The company plans to build more than 26,000 2.1GHz base stations within the first quarter of 2015 to provide its customers with the fastest mobile telecommunications service in Seoul/ Seoul Metropolitan Area, central areas of all cities nationwide as well as all subway lines in Korea.

Galaxy Note 4 S-LTE, the first tri-band LTE-A capable device, will first be sold limitedly to a group of consumers who wish to use the service ahead of others and provide feedback on issues including its performance (e.g. speed, transmission stability, etc.) and convenience features. Through this process, SK Telecom aims to further improve its tri-band LTE-A service to better meet its customers’ needs and provide them with greater value through new mobile value-added services optimized for the ultra-fast tri-band LTE-A. SK Telecom subscribers, including this group of early users, will be able to enjoy the new service at the same price as LTE.

Lee Jong-bong, Executive Vice President and Head of Network Division said, “With the launch of the world’s first tri-band LTE-A service, we will not only provide our customers with unprecedented network speeds, but also offer differentiated and diverse mobile value-added services that meet customers’ needs and interests.”