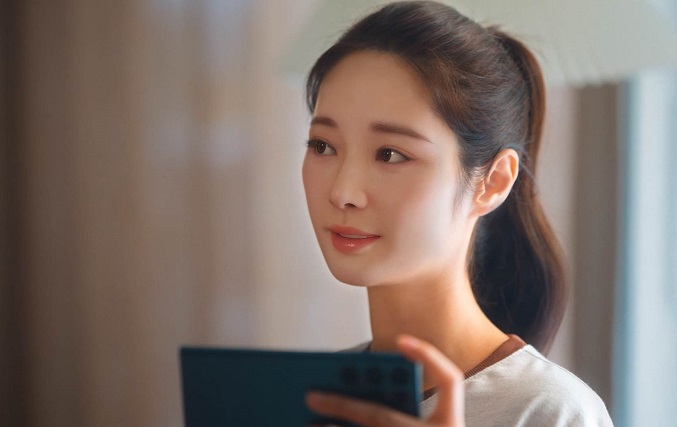 This photo provided by SK Telecom Co. on Sept. 26, 2022, shows a still image from a commercial for its A. artificial intelligence assistance service featuring the company’s virtual human model Sua.

The female virtual model, named Sua, developed by 3D graphics development company Onmind Inc., will make its debut as an SK Telecom model in commercials for the company’s A. (pronounced as A dot) AI assistance platform, the company said.

According to SK Telecom, Sua is the first-ever virtual human to be adopted as a product endorsement model in the country’s telecom industry. She will appear alongside K-pop singer Jang Won-young in A.’s latest promotional campaign material.

SK Telecom said Sua’s face image was graphically transposed over that of a real actress who performed her role during the A. commercial shoot. The voice of Sua was created using the company’s AI-based speech synthesis technology. 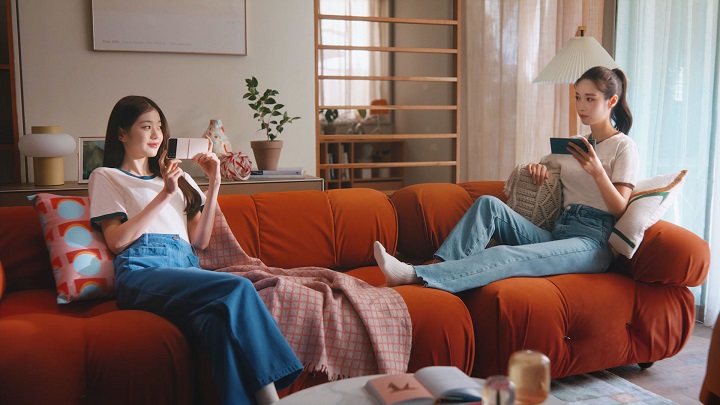 This photo provided by SK Telecom Co. on Sept. 26, 2022, shows a still image from a commercial for its A. artificial intelligence assistance service featuring the company’s virtual human model Sua (R) and K-pop singer Jang Won-young.

Sua is the latest in a slate of recent virtual human development projects, mostly by gaming companies, introduced in South Korea, with most notably Rozy, a virtual influencer created by video tech company Sidus Studio X, having made headlines for starring in a number of high-profile product commercials.

“In the future, we will apply various technologies, such as AI, to our overall services and advertisements,” an SK Telecom official said.