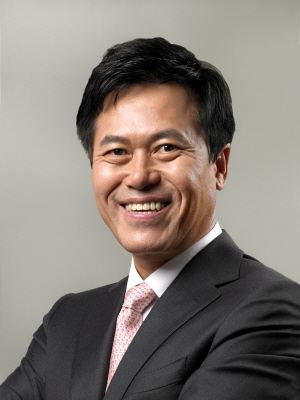 Since joining Sunkyong Group (which is now SK Holdings) in 1989, Park has served various key positions within the SK Group. From 2009 to 2013, he served as Head of Business Development Division of SK Telecom and later also played an integral role in SK Telecom’s acquisition of Hynix (later named as SK Hynix). In January 2015, he took the CEO position at SK Holdings C&C. Known for his global experience, innovative leadership and keen insight, Park has successfully transformed the business structure of SK Holdings C&C, while expanding the company’s presence in the global market.

As the new CEO of SK Telecom, Park is determined to achieve growth and innovation through a new level of ICT convergence by combining mobile telecommunications, the Internet of Things, media, platform and semiconductor. Moreover, he will focus on developing a new growth engine by accelerating SK Telecom’s transformation into a strong ICT platform player, while contributing to the build-up of an enriched ICT ecosystem.

SK Telecom (NYSE: SKM, KSE: 017670), established in 1984, is Korea’s largest telecommunications company with more than 29.45 million mobile subscribers, accounting for around 50% of the market. The company reached KRW 17.137 trillion in revenue in 2015. As the world’s first company to commercialize CDMA, CDMA 2000 1x, CDMA EV-DO and HSDPA networks, SK Telecom launched the nation’s first LTE service in July 2011. SK Telecom also became the world’s first mobile carrier to commercialize 150Mbps LTE-Advanced in June 2013 and 225Mbps LTE-Advanced in June 2014 through Carrier Aggregation(CA). In line with its efforts to swiftly move towards the next-generation mobile network system, or 5G, it successfully commercialized 300Mbps tri-band LTE-A CA in December 2014 and launched LTE-Advanced Pro in June 2016. As of the end of September 2016, the company has over 20.55 million LTE and LTE-Advanced subscribers. Based on its strength in network operations business, SK Telecom is seeking new growth engines through three innovative platforms namely Lifestyle Enhancement Platform, Advanced Media Platform and IoT Service Platform. For more information, please visit www.sktelecom.com/en or email to skt_press@sk.com.