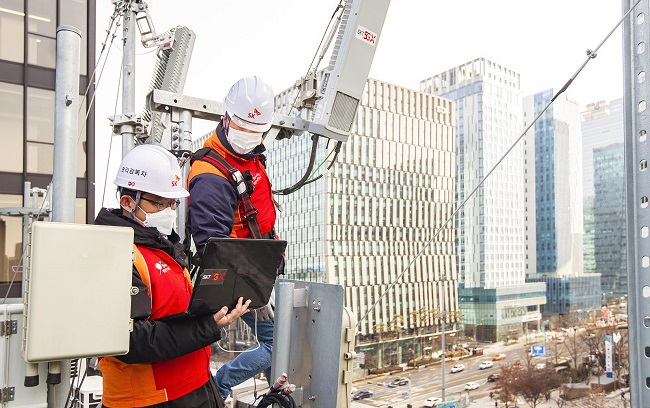 The company announced on Tuesday that it had reduced the use of electricity by integrating and upgrading its 3G and LTE network equipment, and the reduction of greenhouse gases was certified by the Ministry of Environment.

Thus far, the shift of energy sources from fluorescent light to LEDs or the use of solar and renewable energy have been common methods to reduce the use of electricity.

SK Telecom, however, reduced the use of electricity by about 53 percent by replacing the hardware of 3G and LTE network equipment or integrating them into a single device through software upgrades.

The company started applying this technology in 2019, and completed the application at all of its base stations and repeaters in 78 cities across the country last year.