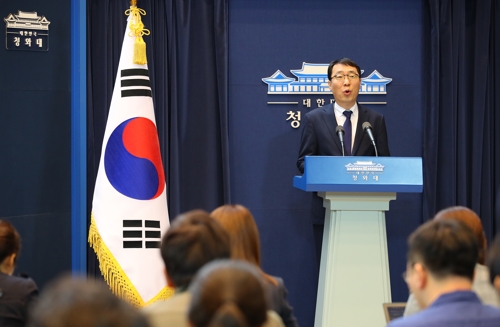 SEOUL, May 15 (Korea Bizwire) – Petitions to the Blue House have been serving as an active communication channel between the public and the highest corridors of power since President Moon Jae-in took office last year.

On May 14, the Blue House and National Information Society Agency (NIA) disclosed the big data analysis result of over 160,000 petitions submitted from August 19, 2017 to April 13 of this year.

Over the past eight months, the most frequently appearing keywords in the petitions were “president”, ”baby”, “woman”, “penalty”, “policy”, “student”, and “money”, in order of most to least frequent. It was found that topics related to “baby”, “woman”, and “student” have drawn the most attention, according to the analysis.

The Blue House explained the keyword “baby” was mentioned in relation to hazardous baby products and infant mortality.

The keyword “woman” was mentioned in tandem with the recent MeToo movement petitions, including toughening penalties for sexual assault, and was also found in petitions related to infertility and gender equality in education.

Another keyword, “student”, was found on petitions regarding the Juvenile Protection Act, college entrance examinations, and human rights at school.

Because of cryptocurrency-related issues and petitions addressing systematic problems at Samsung Securities, the keyword “money” was also brought up frequently.

Blue House officials explained that the majority of the petitions were about standing up for the underprivileged in society, and online petitions helped bring these issues to light.

There were total of 27 petitions that attained more than the 200,000 requisite signatures required for an official response. Seven of them were about human rights and gender equality, and the others were for safety/environment (3), culture/art/sports/media (3), political change (3), health/welfare (2), economic democracy (2), and economic growth engine (2).

Since the end of the research period, there have already been eight petitions about human rights, gender equality, safety/environment, culture/art/sports/media that had collected more than 200,000 signatures as of May 14.

“We can gain deep insights into current public concerns through this big data analysis on petitions,” said Blue House spokesman Yoon Young-chan. “The government will continue to strive for positive changes that the public yearns for.”