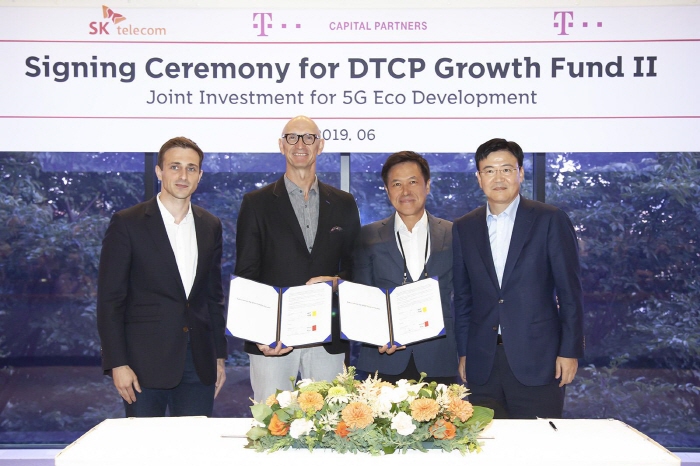 The telecom leaders of South Korea and Germany signed a memorandum of understanding early this week in Seoul to discuss strategies and share their knowhow in 5G technology, according to SK Telecom.

The joint venture will delve into developing technologies that are essential for the full realization of 5G, as well as related technology such as augmented reality (AR) and virtual reality (VR).

DTCP will support startups by providing venture investments and advisory services after opening its Asian office in Seoul, according to company officials.