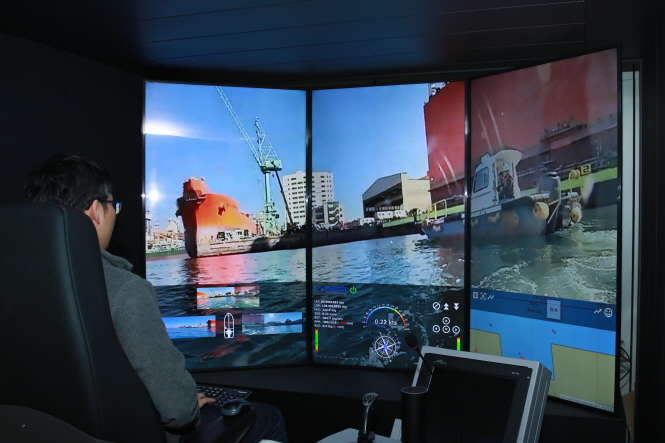 A 3.3-meter model ship made by Samsung Heavy sailed successfully in the sea near the shipbuilder’s shipyard in Geoje, South Gyeongsang Province, using SKT’s 5G network, the companies said.

The model ship was controlled at a remote control center in Daejeon, some 250 kilometers north from the shipyard.

The test also verified an autonomous navigation system that enabled the test ship to self-sail to the destination and avoid maritime obstacles via 5G connectivity.

“The 5G-based autonomous and remote control navigation test platform is expected to significantly improve the safety of ships especially when sailing in narrow water or near shore and enable real-time monitoring of ships based on massive data sent to the IoT platform,” the companies said in a release.

SKT and Samsung Heavy signed an agreement in March to develop a 5G-based smart yard, which aims to achieve a productive shipbuilding environment and safer operation of vessels.