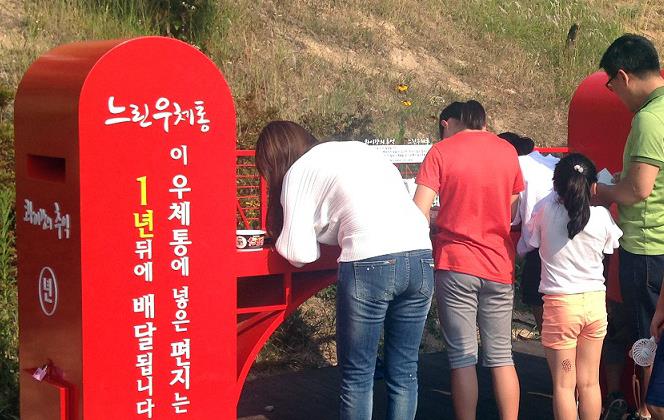 CHANGWON, Jul. 11 (Korea Bizwire) — Atop a picturesque bridge that hangs over the ocean, linking Gusan-myeon in Changwon, South Gyeongsang Province and the island of Jeodo, lie two special mailboxes that are attracting visitors from afar to mail letters to be delivered in the future.

Last year, the concrete walkway of the Jeodo Bridge was removed and replaced with reinforced glass, astounding visitors with a vertigo-inducing view of the sea below.

The “skywalk,” as it’s dubbed locally, also had two mailboxes installed at the foot of the bridge along with postcards and writing implements.

The ambience of the skywalk, as well as the novelty of the mailboxes, are certainly doing more than their share to attract tourists to the bridge. 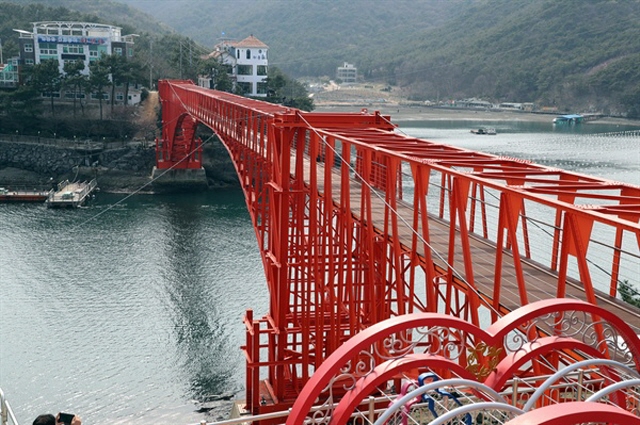 In June alone, more than 1 million people came to visit the bridge and mail letters to either their future selves or others close to them.