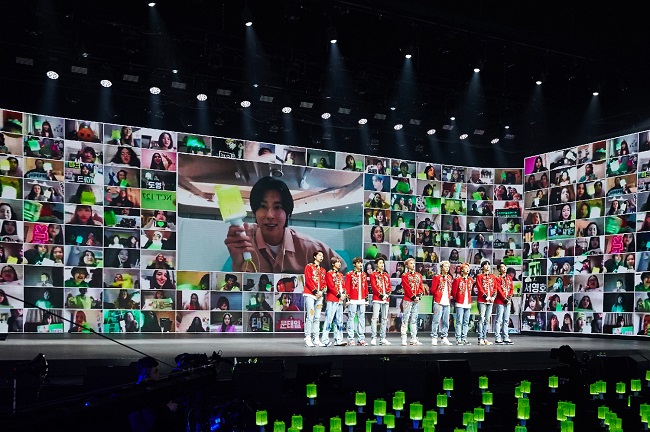 The company, Beyond Live Corp. (BLC), will operate to expand the paid Beyond Live online concert series, created earlier this year between SM and Naver, South Korea’s leading web portal operator, according to SM and JYP on Tuesday.

Beyond Live, which utilizes the latest augmented reality technology and allows real-time artists-to-audience interaction, made its debut in April through the virtual concert by SM’s project boy band SuperM.

Girl group TWICE under JYP plans to hold a paid online concert through Beyond Live later this week. The nine-piece girl group will be the first non-SM act to hold a concert on Beyond Live.

“BLC will merge the synergy between SM’s content producing capacity and Naver’s technological prowess along with JYP’s global network and creative strength,” SM and JYP said in a joint statement.

SM secured an investment of 100 billion won (US$83.8 million) from Naver on Monday, strengthening their partnership in areas of online concerts and fan community platform.

But the pandemic-driven handicap also provided a golden opportunity, compelling K-pop stars, such as SuperM , BTS, Monsta X and others to venture into the realm of ticketed online shows.