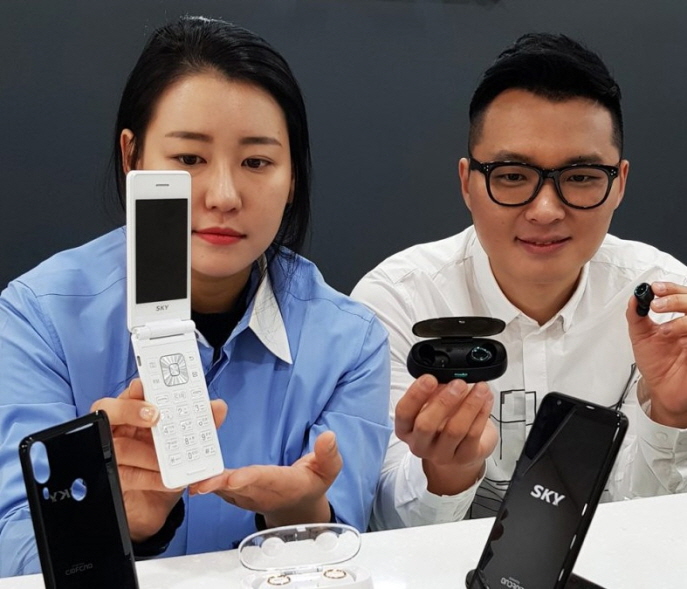 Good Mobile, a small smartphone distributor, signed an agreement with Pantech to gain exclusive use of the SKY brand for five years. (image: Good Mobile)

According to industry watchers, Good Mobile is reviving Pantech Co.’s SKY Phone. The company is expected to begin exporting its own smartphones to the U.S.

SKY Phone is one of the representative cell phones made by Pantech, a mobile device manufacturer that grew rapidly by selling pagers in the early 1990s.

However, as Samsung Electronics Co., LG Electronics Co., and Apple Inc. have dominated the domestic market since 2010, Pantech suffered financial difficulties and dropped out of the smartphone market.

Currently, Pantech is seeking to return to the smartphone market. Good Mobile, a small smartphone distributor, signed an agreement with Pantech to gain exclusive use of the SKY brand for five years.

Good Mobile also plans to take over parts of Pantech’s research team and staff at its service center and manufacturing line.

The company will distribute a foldable smartphone in the first half of this year, under an OEM agreement.

Park Jong-il, CEO of Good Mobile,  is optimistic about the success of the project as the company was able to see how positive customers were about Pantech cell phones.

Sea-Mobile Co., another small smartphone manufacturer, is planning to enter the U.S market in the first half of this year.

It is not a licensing company, but it is entering U.S. as its own brand. It is targeting lower-income customers by providing affordable smartphones.

Mobile industry analysts predict that the market for self-sufficient smartphones will continue to grow as the number of small smartphone manufacturers increases.

Self-sufficient smartphones are typically released online or at offline stores rather than through the big mobile carriers.

Consumers can sign up for device and mobile rate plans separately. This way, consumers can compare prices with transparency.

In order to expand their market, they should be able to enhance their customer service and warranty service and fully understand consumer needs and wants.