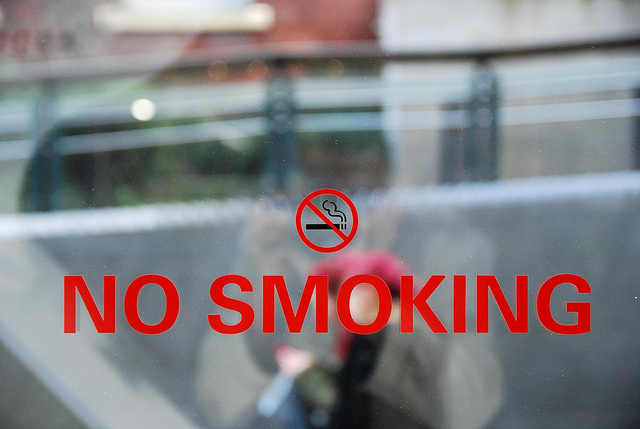 A revised national health law took effect on Jan. 1, expanding the ban that had previously applied only to restaurants whose size was 100 square meters or larger. (image: Alpha/flickr)

SEOUL, March 3 (Korea Bizwire) — The largest network of smokers in South Korea asked the Constitutional Court Tuesday to review the constitutionality of the current ban on smoking in all restaurants, saying it infringes on people’s right to happiness.

A revised national health law took effect on Jan. 1, expanding the ban that had previously applied only to restaurants whose size was 100 square meters or larger.

The online community, I Love Smoking, said the revised law suppresses individuals’ rights to run a business with freedom and their rights to profit.

“The new ban has caused all kinds of conflicts between the restaurant staff and diners who smoke,” the group said at a press conference held in front of the court in central Seoul. “It has also eaten into business owners’ profits, some to the point of considering closure.”

The group said as an alternative, the government could prohibit smoking at all restaurants during the day but allow bars and clubs to seat smokers in smoking sections in the evening.

“There are so many different kinds of restaurants,” the group said. “While it is reasonable to ban smoking at family restaurants at all times, the government should make an exception for restaurants that are already off-limits to minors.”

The government could use the extra taxes smokers pay toward subsidizing the costs of creating smoking sections at restaurants, which on average cost 10-30 million won (US$9,100-27,000), the group said.