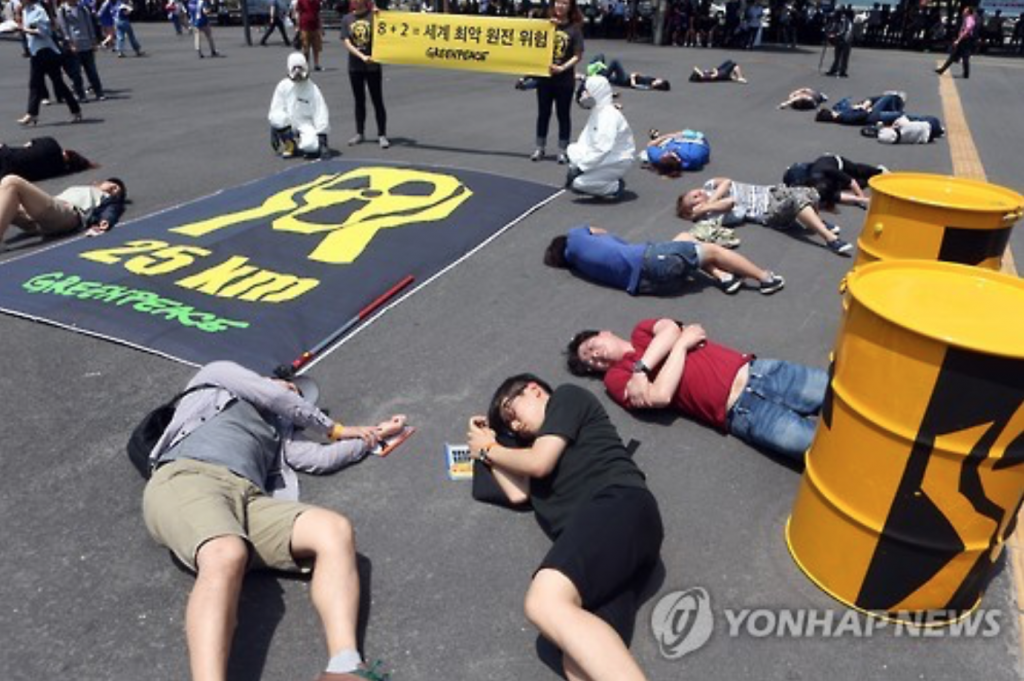 BUSAN, July 7 (Korea Bizwire) – Victims lie on the ground at a busy public square in front of Busan Station. Among them are radioactive waste barrels and men in hazmat suits removing bodies. Fortunately, their were no real casualties, as the scene was the result of an unconventional flash mob.

Members of Greenpeace and Korea’s leading opposition party, the Minjoo Party of Korea, arranged a flash mob Thursday afternoon, protesting the latest government approval of two additional nuclear reactors – Shin Kori No. 5 and No. 6 – at a current nuclear power plant in the southeastern coastal town of Gijang, Busan. 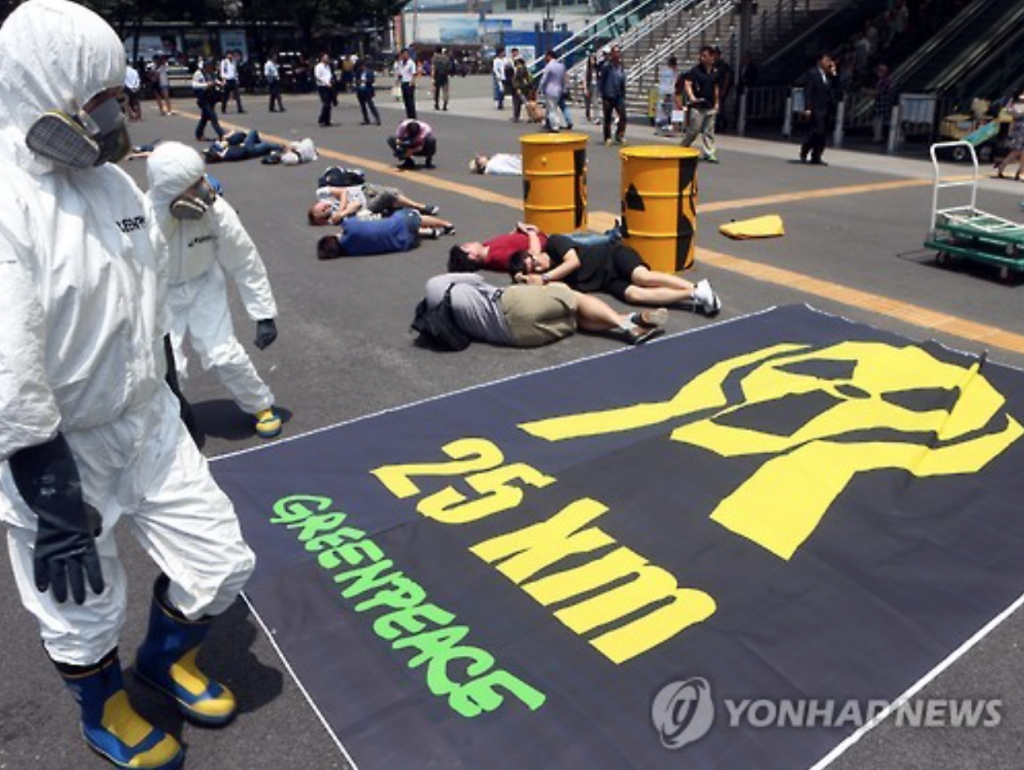 At the moment, 23 nuclear reactors are in operation in Korea, providing the country with about 30 percent of its electricity supply. The new reactors will bring the total in South Korea to 30, including those currently under construction. 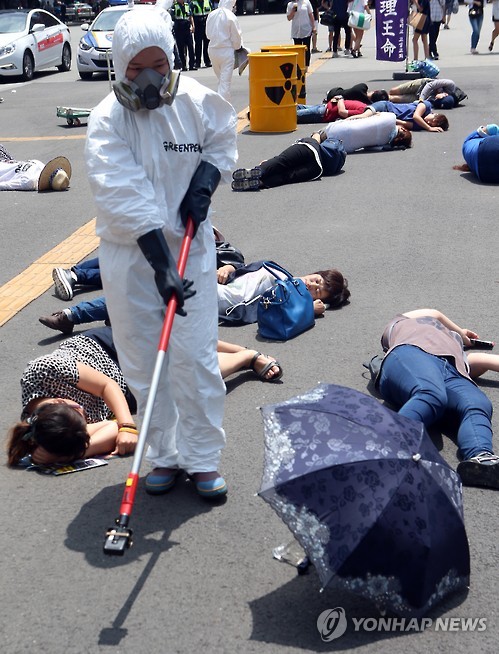 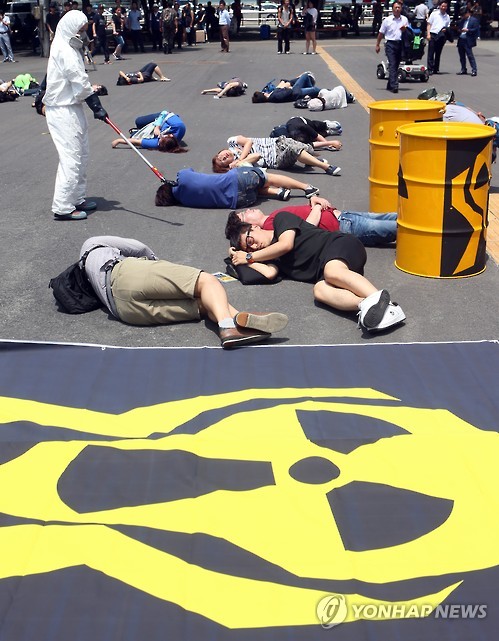