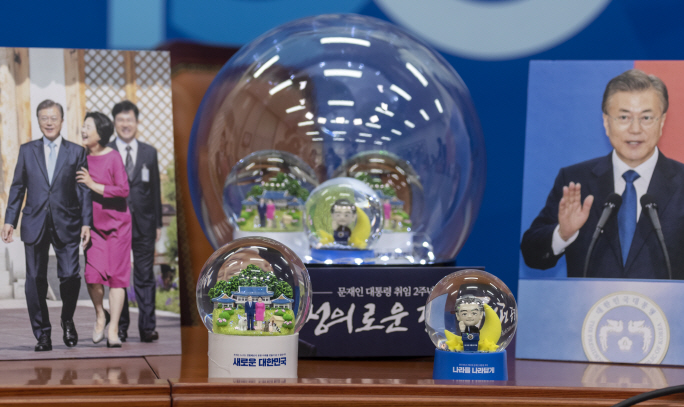 SEOUL, May 14 (Korea Bizwire) — The ‘Moon Jae-in Goods’ snowball, introduced to celebrate the second year of South Korea’s Moon Jae-in administration, sold out only 35 minutes after its release.

The ruling Democratic Party (DP) introduced the snowballs that come in two different versions containing a miniature-sized figurine of President Moon through its official website on Monday.

Snowballs, also known as snowglobes, are glass-made spheres enclosing various miniaturized scenes and white particles that fall like a “snow” when the globe is shaken.

The DP produced 1,000 snow globes that enclose the scene of President Moon’s first day in office (the Cheong Wa Dae edition), and another 2,000 that recreate the scene of the president taking oath during his inauguration ceremony. 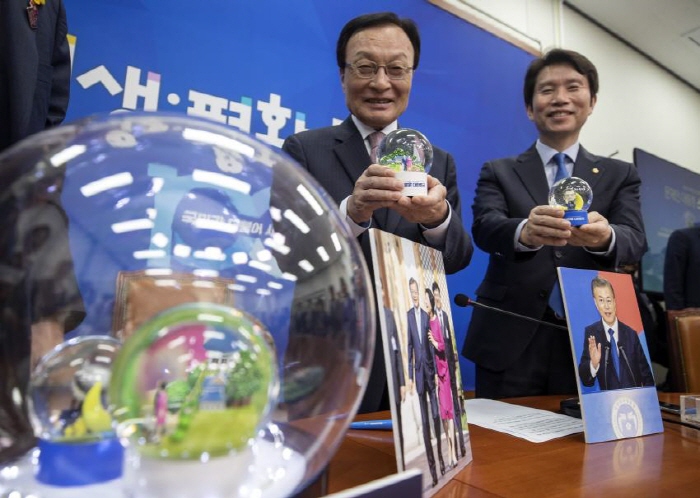