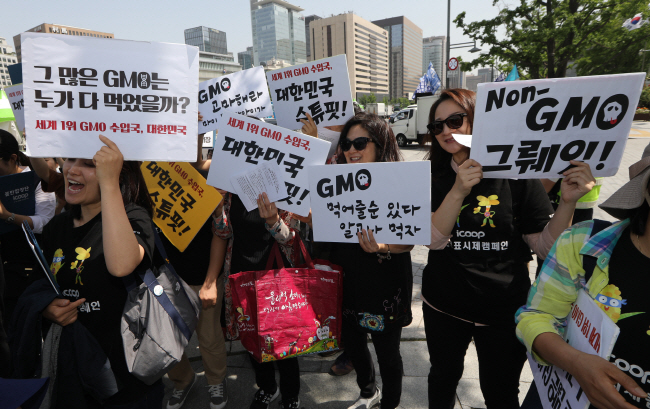 SEOUL, Dec. 13 (Korea Bizwire) – The Ministry of Food and Drug Safety and the Alternative Dispute Resolution (ADR) Center have formed a social consultative body to have a social debate on how to improve genetically modified organism (GMO) labeling and draw a social consensus on the matter.

A representative of ADR Center, Kang Young-jin, was nominated as chairman, and the body consists of 17 members each representing various interests including consumer and citizen coalitions, and the food industry.

“Though the body has a direct and practical interest in GMO labeling, and is comprised of institutions and organizations from various fields representing the voice of consumers and citizens, it is structured to fully reflect both opinions and interest,” reported Kang.

As more than 200,000 citizens filed a petition prompting GMO labeling with Cheong Wa Dae, the presidential Blue House, the government formed the consultative body to draw social consensus last May.

At that time, the government responded to a demand for mandatory labeling with a caution, explaining it as “a comprehensive issue that may cause price hikes, social disharmony and trade conflicts when implemented”.

However, officials promised that “the body will come up with an acceptable plan and foster social consensus with objectivity and professionalism.”