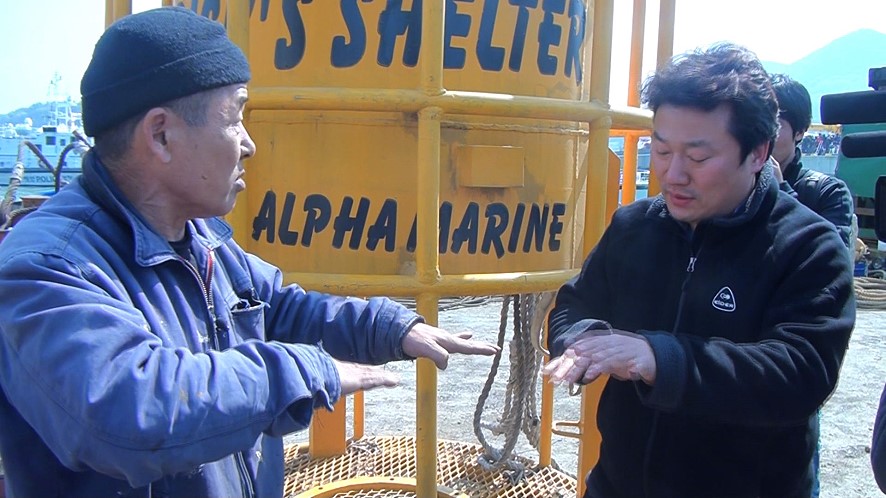 This documentary was made to reveal the truth that many cameras ignored during the rescue operations and to remind people of the disaster that should not be forgotten. (image: a still photo of movie “Diving Bell”)

SEOUL, Oct. 13 (Korea Bizwire) – In the second half of this year, movie theaters are releasing a series of films that have caused societal shock or even trauma.

Having attracted over 1 million viewers since its first run on October 2, “The Informant” directed by Im Soon-Rye is an infamous story about stem cell research that shook the entire Korea in 2005. With the scandal of fabricated stem cell research results, this film exposes the media that lost its fairness and the government authorities that attempted to cover up the truth.

“Cart,” directed by Bu Ji-young and to be released this November, is expected to draw the audience’s attention. The film covers the issue of contingent workers that is hardly seen in Korea’s commercial films. It had its premiere at the 19th Busan International Film Festival (BIFF) and acquired a favorable reputation, as in “the stories of fired contract workers overnight left an intense aftertaste.”

The release of the Korean documentary “Diving Bell” in October has been confirmed. The film drew a record number of people at its world premiere at BIFF on October 6, even though reportedly due to its sensitive nature the film festival organizers came under pressure to withdraw the film.

The film questions rescue operations during the Sewol ferry tragedy – arguably the most tragic event that ever happened and traumatized the entire Korea – on April 16 that claimed more than 300 lives, most of whom were high school students on school trip. This documentary was made to reveal the truth that many cameras ignored during the rescue operations and to remind people of the disaster that should not be forgotten.

Director Lee Sang-ho of “Diving Bell” said, “I want this film to become a tool to bind all of us Koreans together like the very moment when the disaster occurred.”