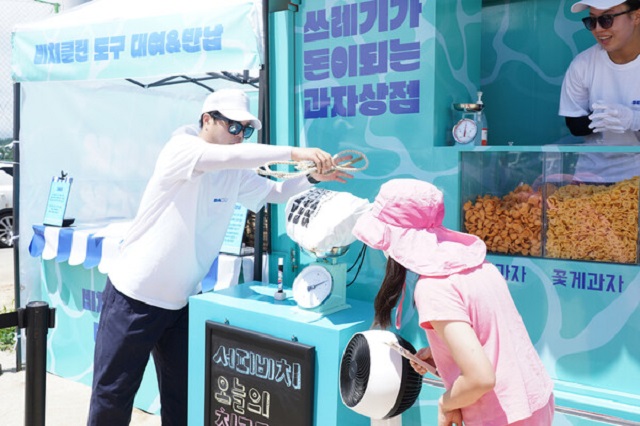 “Seanack” is a portmanteau of the words “sea” and “snack.” The campaign kicked off on July 23 and ended on August 14 with trash collected from beaches exchanged for snacks shaped like marine animals. 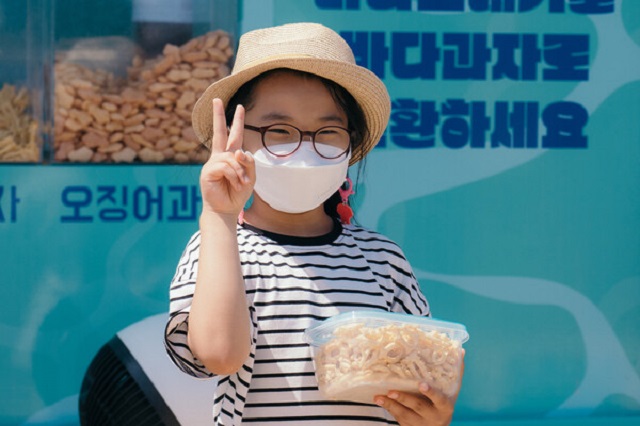 Participants rented cleaning tools from “Seanack” trucks and collected trash at the beach, which was then exchanged for snacks.

The Korea Green Foundation reported that a total of 1,318 individuals participated in the campaign, collecting 416 kilograms of trash.