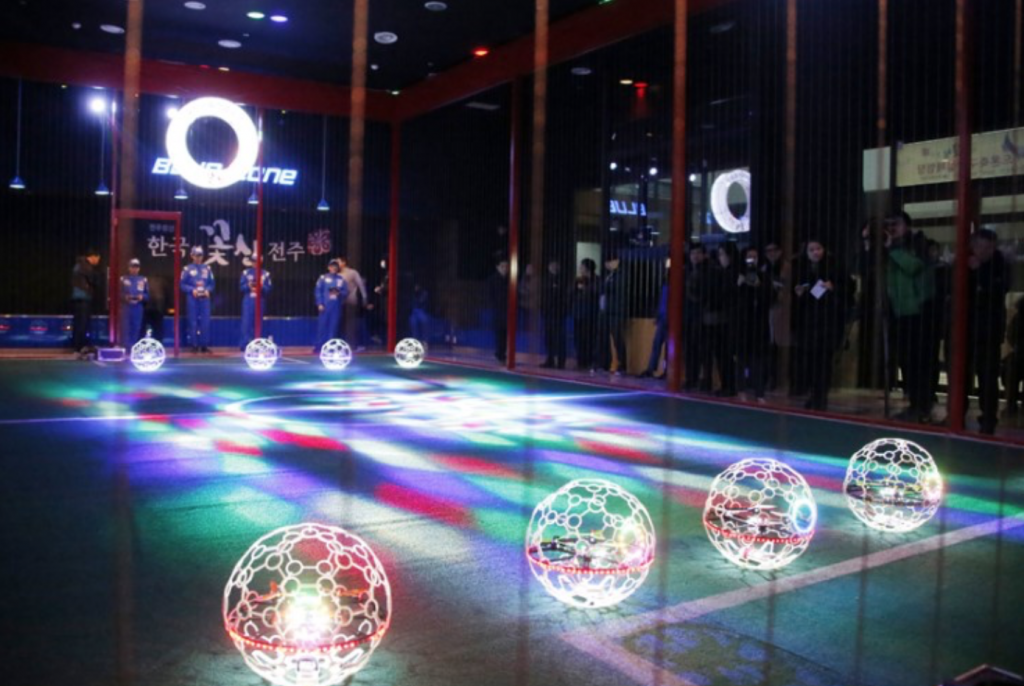 The idea was first announced in September of last year when city officials said they would present a new sport dubbed ‘drone soccer’ that incorporates UAVs with the city’s carbon and ICT industries.

With five drone balls – enclosed inside a caged-sphere made out of carbon materials – on each side, pilots must maneuver their devices through their opponent’s hoops erected three meters above ground to score. The field is 13 meters long and 7 meters wide, and is surrounded by a 4.6-meter fence, and the match is divided into three periods of three minutes each.

The city showcased the first match on November 4 using balls developed in partnership with CAMTIC, a local tech institute. 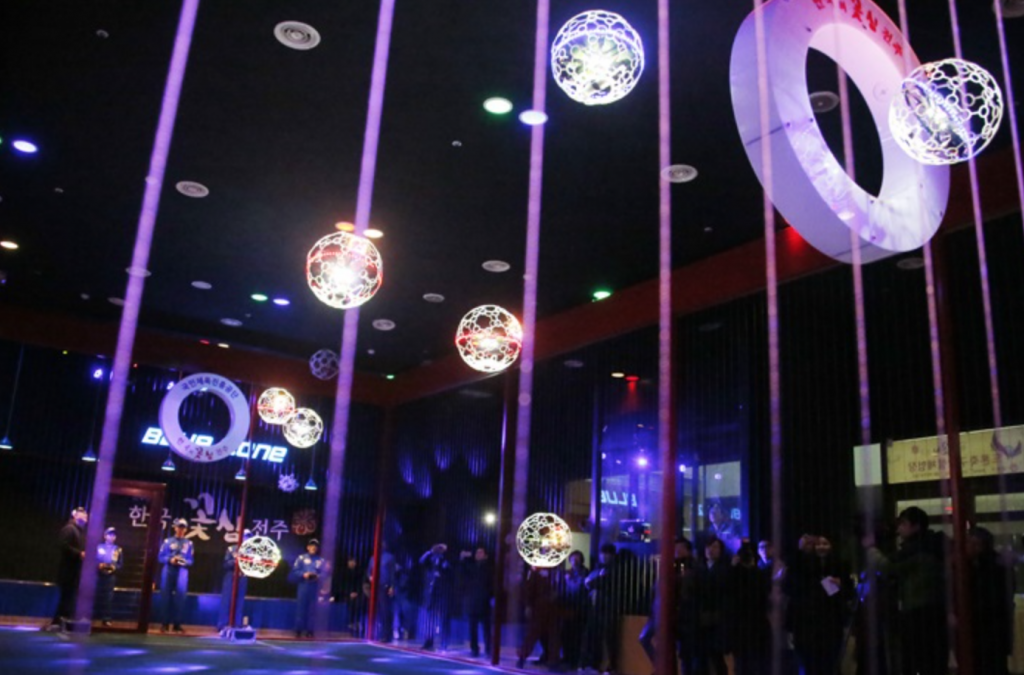 According to officials, Kiwon Electronic will provide drone parts including LED lights, sensors, and the motor; GBP and GK Solution will be responsible for the outer skeleton of the ball; Woori Aviation will provide the ball’s maneuvering mechanism; and Cyndrone will be in charge of assembly. Retailers Xcopter and Helsel will distribute the final products at some 200 on and offline stores in the country.

“Drone soccer is the first of its kind, and with successful marketing efforts, we’re hopeful that Jeonju will become a global leisure sports city for drones,” said Mayor Kim Seung-su. “We’ll have drone soccer be the city’s trademark product together with our well-reputed soccer team, Jeonbuk Hyundai Motors FC.”