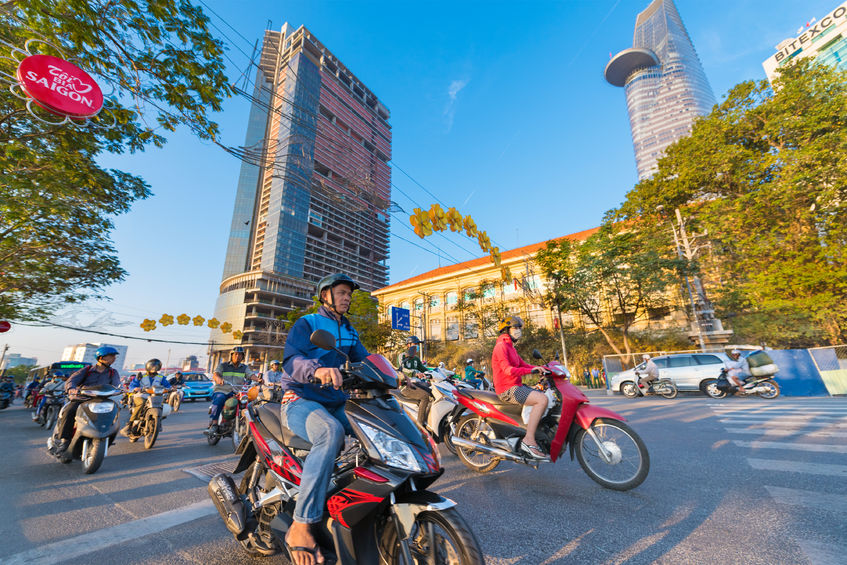 Motorcycles account for nearly 90 percent of all means of transport in the Vietnam, with around 5.2 million motorcycles registered in the capital alone. (Image: Kobiz Media)

The South Korean company’s new venture comes after a memorandum of understanding was signed between MBI, the city of Hanoi and N&G last Sunday.

“By establishing a joint venture with VKO, we hope to reach a yearly production output of 300,000 electric motorcycles and 100,000 electric cars, with plans to invest a further $1 billion,” MBI CEO Yu Moon-soo said.

“After electric cars go on sale in Vietnam first, we plan to export them to neighboring countries in the Southeast Asian region,” Yu added.

Motorcycles account for nearly 90 percent of all means of transport in the Vietnam, with around 5.2 million motorcycles registered in the capital alone.

The Hanoi city government has been focusing on promoting the use of electric vehicles as part of  efforts to address the issue of air pollution in the city.