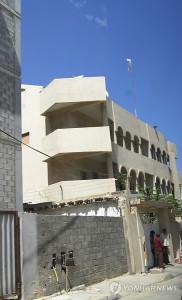 SEOUL, April 12 (Korea Bizwire) – Two police officers were killed and one other injured in an armed attack on the South Korean Embassy in Libya Sunday, Seoul’s foreign ministry said.

The attack took place around 1:20 a.m. (local time) as an armed group fired more than 40 machine gun rounds while driving past the embassy building in a car, the ministry said.

Three local police officers guarding the embassy were shot and rushed to a hospital, but two died.

No South Korean casualties were reported, the ministry said.

“For now, the motive is unclear as to whether the (group in the) car was aiming for the embassy or the Libyan police officers, but there was no damage other than on the embassy’s outer wall,” a ministry official said, speaking on customary condition of anonymity.

Two hours after the attack, a group claiming to be the Tripoli branch of the Islamic State (IS) militant group posted on Twitter and other social media that the IS removed two guards at the South Korean Embassy.

China’s Xinhua News Agency also reported that the attack was carried out by the IS, but it did not elaborate.

A source in Libya, meanwhile, denied the existence of an IS branch in Tripoli.

“There’s a possibility that forces linked to the IS conducted the attack at the IS’ orders in order to appear on the news,” the source told Yonhap News Agency on condition of anonymity. 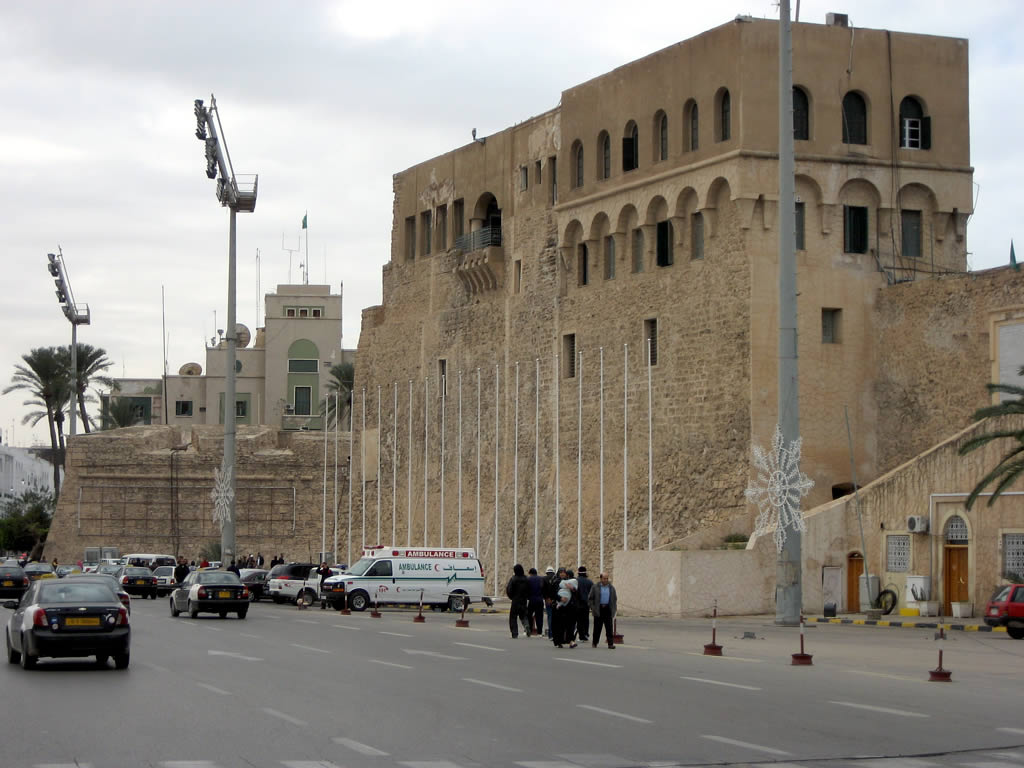 Libya has been caught in a civil war following the collapse of Muammar Gaddafi’s regime in 2011. The photo shows Al-Saraya al-Hamra Fortress, Tripoli (image courtesy of David Stanley/flickr)

Three South Korean embassy staff, including two diplomats, were sleeping inside the embassy compound at the time of the attack and were unhurt, another ministry official said.

Local police arrived at the scene 10 minutes after the attack and have been conducting an investigation, while more than 20 special police agents have been guarding the embassy compound since around 3 a.m., the ministry said.

South Korean Ambassador to Libya Lee Jong-kook is currently in Tunis, Tunisia, as the embassy staff have been moving back and forth between the two countries on a two-week rotational basis since July amid deepening political unrest in Libya.

The ministry said it is considering pulling its entire staff from Tripoli and temporarily relocating the embassy.

The government has also been in contact with the more than 40 South Korean nationals who remain in Libya to urge them to leave the country.

Diplomatic missions of other countries, including Iran, Egypt and the United Arab Emirates, have also come under attack from armed groups in Tripoli in recent months.

Libya has been caught in a civil war following the collapse of Muammar Gaddafi’s regime in 2011.

Seoul has imposed a travel ban on Libya and five other countries, including Iraq, Yemen and Somalia. Travel to those nations requires special government permission.

Earlier in the day, one more South Korean was evacuated from Yemen to Sudan on a chartered plane of the International Organization for Migration, according to the ministry.

The chaos in Yemen comes as Saudi Arabia and a coalition of Gulf Arab nations launched air strikes against Shiite rebels, known as Houthis, after they ousted Yemen’s government and dissolved the parliament in early February.