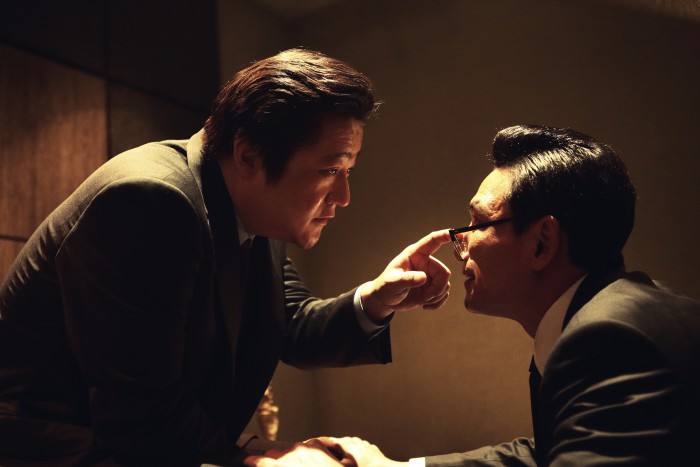 A still from “Asura: The City of Madness” (image: CJ Entertainment)

Set to run from Thursday to Nov. 27, the Korean film screening event will play a total of 61 Korean films that competed in 10 sections of the 11th London Korean Film Festival (LKFF).

During the 25-day event, the films will be screened in five British cities, including London and Manchester. In downtown London, 10 cinemas participated in the film screening.’

The screening event will open with summer thriller “The Truth Beneath,” directed by Lee Kyoung-mi. Starring actress Son Ye-jin and actor Kim Joo-hyuk, the 103-minute film had launched in Korea on June 23.

On the opening day, director Kim Sung-soo of crime action film “Asura : The City of Madness” will meet his British fans and talk about his film. The 132-minute film, starring actors Jung Woo-sung, Hwang Jung-min, Ju Ji-hoon and Kwak Do-won, is one of the most recent works among the participating films. Tickets for the film sold out in only two days, according to the organizers.

One of the historic films on the roster is “The Widow,” a romance-drama film launched in 1955. The 75-minute film, directed Park Nam-ok, describes the life of an afflicted widow who strives to survive in a patriarchal society. Nam is South Korea’s first female filmmaker and one of the 10 participants in the screening event.

Launched in 2006, the LKFF is hosted by British Council Korea, the Korean leg of British non-profit cultural and educational organization British Council, and supported by South Korea’s Korean Film Council.