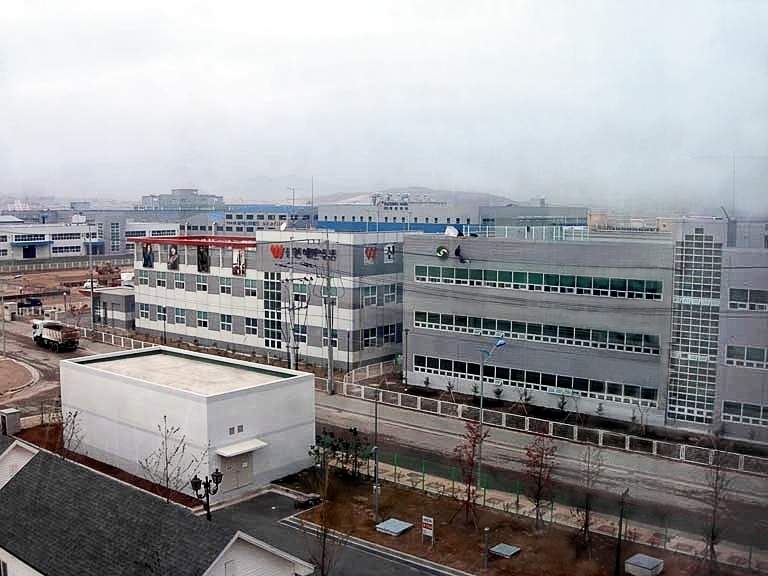 The complex, located some 50 kilometers northwest of Seoul, had served as a major revenue source for the cash-strapped North since opening in 2004. More than 54,000 North Korean workers produced labor-intensive goods such as clothes and utensils. (image: Wikipedia)

SEOUL, June 1 (Korea Bizwire) – South Korean firms suffering months-long financial damage from the shutdown of a joint industrial complex in North Korea expressed discontent with the latest government support measures on Tuesday, saying the partial aid is not enough to compensate for their losses.

Seoul shut down the Kaesong Industrial Complex in the North’s border city of the same name on Feb. 10 in response to Pyongyang’s January nuclear test and long-range rocket launch in February.

In a government survey conducted from March 15 to May 10, 271 companies reported a combined 944.6 billion won (US$792.7 million) in financial damages. The government confirmed 779.9 billion won as the actual amount of damages and on Friday announced a plan to offer 386.5 billion won in compensation to the companies.

The Korean firms, however, urged the Seoul government to take full responsibility for inflicting damage by doing an abrupt about-face on its North Korean policy.

“We cannot accept the government’s comprehensive support measures because it doesn’t provide practical compensation for the damage suffered by the Korean companies (in the complex),” said Chung Ki-seop, who heads an emergency committee for the companies, in a meeting with company officials in Seoul.

The committee said it will also request the government to allow company officials to visit the complex to check their equipment before the rainy season and pay unpaid wages to the workers.

“As the military hotline was restored, we may be able to visit Kaesong if the Seoul government approves (our request),” Chung said. “We will soon ask the government’s permission in a couple of days.”

South Korea’s unification ministry said the companies’ boycott on the government’s support will not help the early normalization of their businesses.

“The government plans to provide compensation after receiving a request from each firm to make up for damage in accordance with the guidance on support measures,” the ministry said in a statement.

The complex, located some 50 kilometers northwest of Seoul, had served as a major revenue source for the cash-strapped North since opening in 2004. More than 54,000 North Korean workers produced labor-intensive goods such as clothes and utensils.