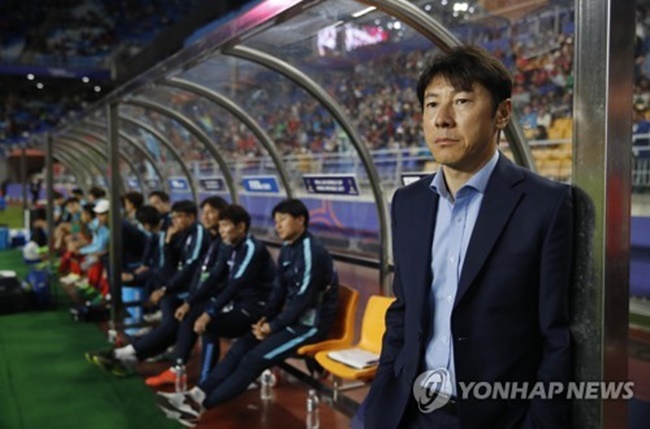 SEOUL, July 5 (Korea Bizwire) – After axing Uli Stielike as the men’s national team boss, South Korean football has now placed its bet on Shin Tae-yong, who will have to serve a firefighting role again for his country.

The Korea Football Association (KFA) on Tuesday announced that Shin will lead the senior squad through the 2018 FIFA World Cup, should South Korea qualify for the tournament. The 46-year-old previously managed South Korea’s football squad at the Rio de Janeiro Summer Olympic Games and most recently at the FIFA U-20 World Cup at home. 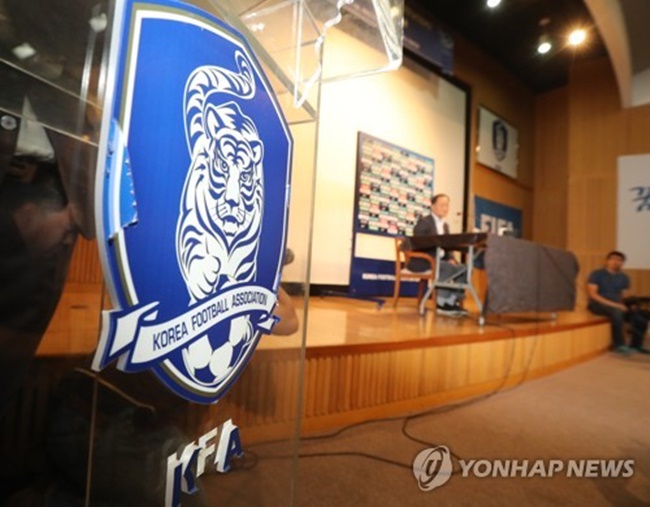 The Korea Football Association’s emblem is displayed at a press conference for the KFA technical committee meeting at the National Football Center in Paju, Gyeonggi Province, on July 4, 2017. (Image: Yonhap) 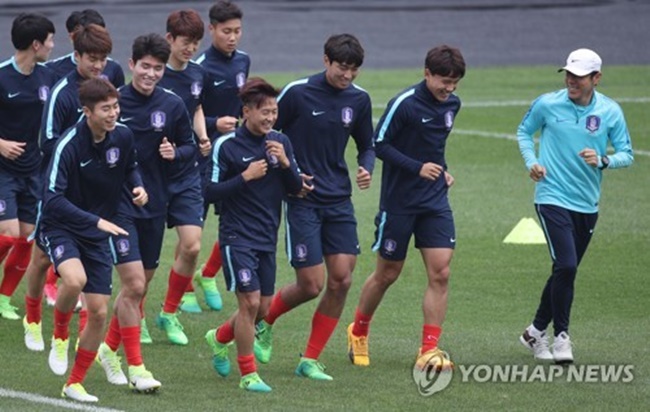 In this file photo taken on May 24, 2017, South Korean football coach Shin Tae-yong (R) runs with the under-20 players during their training in Jeonju, North Jeolla Province. (Image: Yonhap)

Pundits here welcomed the KFA’s decision to go with the promising coach to tide over the crisis in South Korean football.