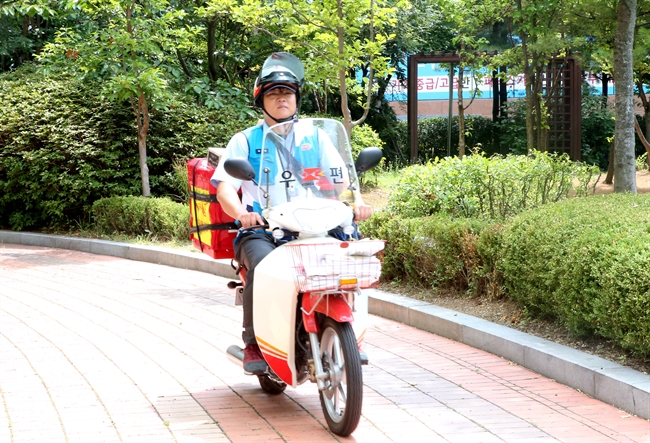 During national holidays, including the golden weeks of the Korean New Year’s Day and Thanksgiving Day, some letter carriers worked closed to 70 hours per week. (image: Yonhap)

SEOUL, Oct. 23 (Korea Bizwire) — A new study has revealed that letter carriers in South Korea work 693 hours more than other wage laborers every year, raising concerns that they are more susceptible to chronic diseases and accidents.

Staff and union representatives from Korea Post and other experts held a press conference on Monday to address the issue and make 38 recommendations to improve working conditions for letter carriers.

During national holidays, including the golden weeks of the Korean New Year’s Day and Thanksgiving Day, some letter carriers worked closed to 70 hours per week.

“Despite adding 848 more employees to the workforce in the last five years, letter carriers still suffered from long hours of labor due to the increasing number of single-person households and excessive demand for postal services,” the presenters said.

A total of 166 letter carriers have died in the past 10 years due to cardiovascular, respiratory, and digestive disorders that were likely caused by severe stress.

The presenters recommended employing 2,000 additional letter carriers, ensuring days off on Saturdays, and taking other measures to improve working conditions.