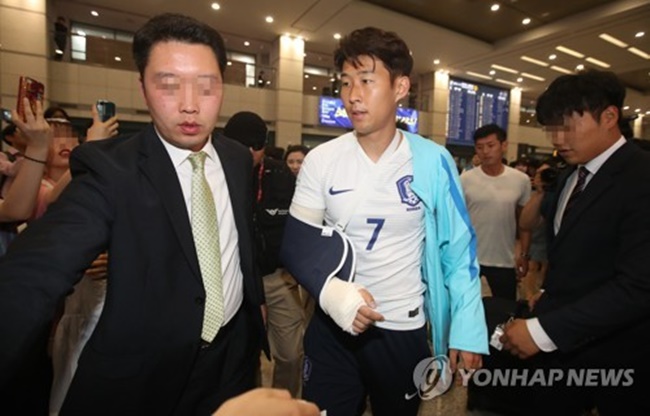 South Korean football player Son Heung-min (C) returns home on June 14, 2017, from a 3-2 loss to Qatar in a World Cup qualifier in Doha. Son broke his right forearm in a fall during the match. (Image: Yonhap)

INCHEON, June 14 (Yonhap) – The South Korean men’s national team made a solemn return on Wednesday from an away loss to Qatar in a World Cup qualifying match.

With a dreadful defensive effort, South Korea fell to Qatar 3-2 in Doha on Tuesday, their first loss to the Middle East nation since December 1984.

While a few fans gathered at Incheon International Airport shouted words of encouragement, players for the most part hung their heads as they quietly took their exit. 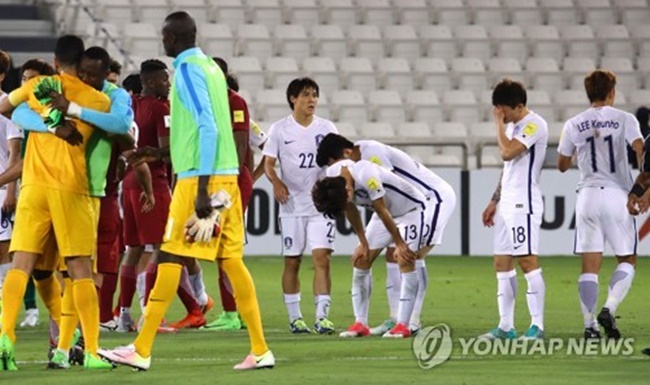 South Korean players (in white) react to their 3-2 loss to Qatar in the teams’ World Cup qualifying match at Jassim Bin Hamad Stadium in Doha on June 13, 2017. (Image: Yonhap)

The Korea Football Association (KFA) is expected to sack beleaguered head coach Uli Stielike this week, succumbing to the pressure that has been mounting since last fall. The KFA has scheduled a meeting of its technical committee on Thursday. The stated purpose of the occasion is to review the most recent match, though Stielike’s status is expected to dominate the agenda. 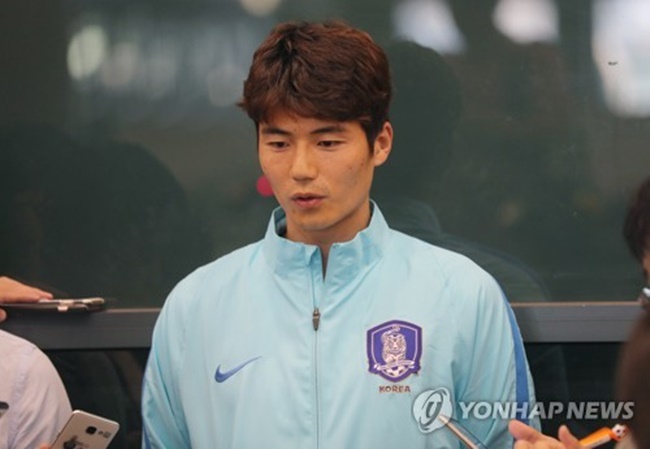 South Korean men’s football captain Ki Sung-yueng speaks to reporters at Incheon International Airport on June 14, 2017, after returning from a 3-2 loss to Qatar in Doha in a World Cup qualifying match. (Image: Yonhap)

After landing here, Stielike said he’d take responsibility for the result but fell short of making an offer to resign.