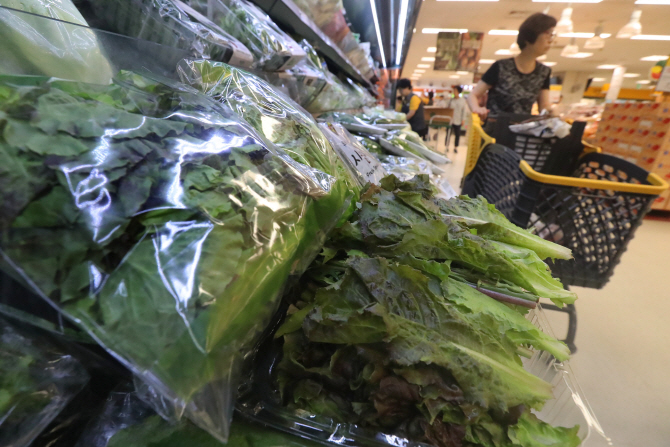 SEOUL, Nov. 23 (Korea Bizwire) — With a series of E. coli outbreaks and contaminated romaine lettuce sweeping across the United States, the South Korean government has attempted to assuage local concern by confirming that lettuce produced and distributed in South Korea is safe.

“South Korea did not import any romaine lettuce from the United States or Canada this year,” said a source from the Ministry of Agriculture, Food and Rural Affairs (MAFRA).

“There is some romaine lettuce grown in South Korea from seeds imported from overseas, the amount of which we were not able to confirm as of now.”

South Korean authorities noted that there were likely problems in the cultivation process, not the plant itself, that led to the contamination of romaine lettuce in the U.S., saying that romaine lettuce grown in South Korea does not pose any threat.

“We assume that romaine lettuce in the U.S. is harmful not because the plant contains harmful substances, but the plant was exposed to secondary contamination from water, soil, and other external factors during the cultivation process,” said a source from MAFRA.

“Romaine lettuce grown in a safe environment would not have any problems.”

The U.S. Centers for Disease Control and Prevention recently warned American consumers not to eat romaine lettuce after the plant was found to be the source of E. coli infections in multiple states.