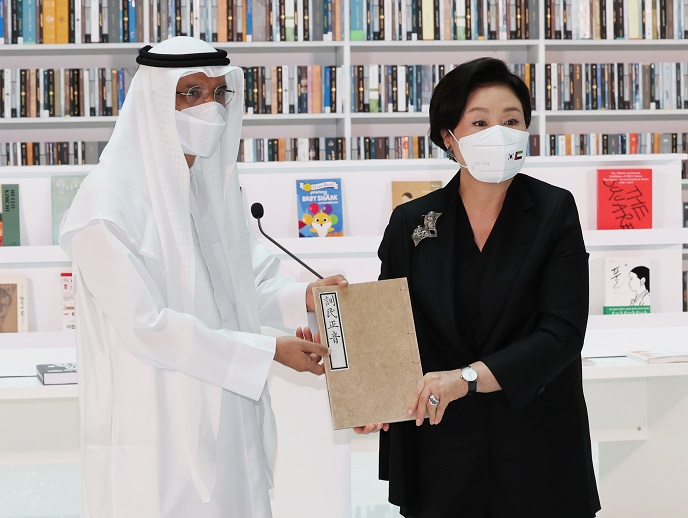 SEOUL, Jan. 18 (Korea Bizwire) — South Korea’s first lady Kim Jung-sook, accompanying President Moon Jae-in on a trip to the United Arab Emirates, has donated a copy of a Korean national treasure to one of the largest museums in the Middle East.

Kim visited the Mohammed Bin Rashid Library in Dubai on Sunday (local time) to donate some 250 Korean books including a copy of Hunminjeongeum Haerye, a commentary of the Korean alphabet, previously called Hunminjeongeum, which gives detailed explanations and examples of each letter.

The library has been under construction since 2016, awaiting its grand opening scheduled for April. 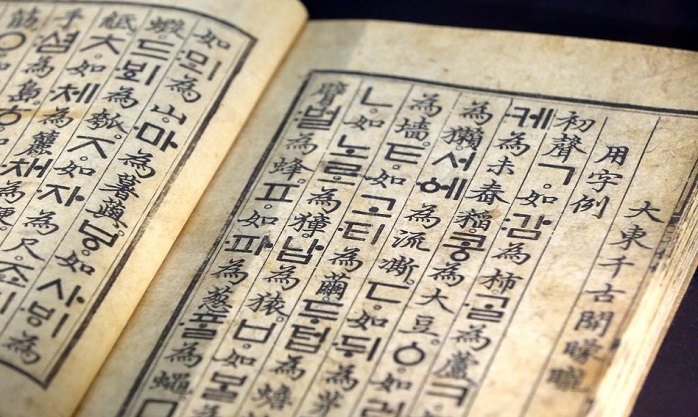 “Hunminjeongeum Haerye teaches the basic principles of the Korean alphabet, designed scientifically for the Korean people to read and write with ease,” Kim said.

“The book embodies the spirit of the Mohammed Bin Rashid Library, which is to promote a lively exchange of knowledge and ideas and treat everyone equally.”